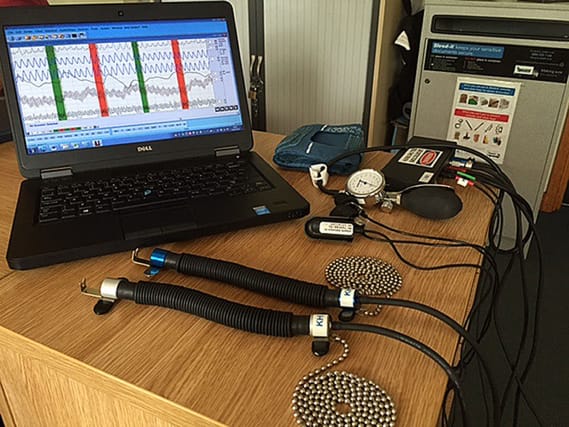 The Government has defended its use of lie detector tests after it announced plans to use them on terrorists to see if they had reformed.

The decision has raised a number of questions about how they are used and their reliability, prompting criticism from some research experts who have studied the technology.

– What is a polygraph test?

Known as a lie detector test, it is a procedure using technology that measures and records physical indicators like blood pressure, pulse and respiration while someone is being asked a series of questions.

– Why is the Government using them?

Polygraph examinations were introduced for high risk sex offenders in August 2014 and, according to officials, have been a significant addition to public protection measures.

The tests are not taken as 100% proof of deception, and failing a test does not in itself mean offenders would be recalled to prison. But this gives probation officers an indication that they need to investigate further.

– What do officials say about them?

A study found offenders were more likely to disclose information in the first place, according to the Ministry of Justice. Offenders have been recalled to custody by following up on disclosures they have made under scrutiny of the tests of breaching their licence and other offences.

In many cases the examination provided “valuable intelligence” that allowed probation officers to update plans for risk management, according to the findings.

A review of a pilot of polygraph testing for sex offenders, published in July 2012, found “testing increased the chances that a sexual offender under supervision in the community will reveal information relevant to their management, supervision, treatment, or risk assessment.”

Those taking the test were more than twice as likely to make significant disclosures about their behaviour, the results of the study indicated.

The tests are used in addition to other checks as part of licence conditions faced by sex offenders once they have served their prison sentences, such as being listed on a register, being banned from areas or contacting certain people.

– What happens if a sex offender lies during a polygraph test?

The examiner will discuss the lie with the offender and give them a chance to explain. The probation officer will be informed and may raise this with other authorities to see if evidence supports the need to be recalled to prison.