William: Africa holds a special place in my heart 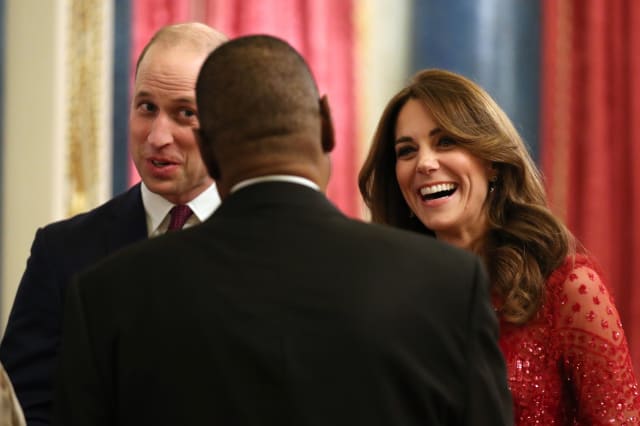 The Duke and Duchess of Cambridge have told African leaders about their aspiration to tour the continent which holds “a very special place” in William’s heart.

In a speech during a Buckingham Palace reception for delegates attending the UK-Africa Investment Summit, William movingly described how it was the place he visited after the death of his mother Diana, Princess of Wales, and where he proposed to his wife.

It was the first time the duke and duchess had hosted a reception for world leaders on behalf of the Queen, and was another milestone in their journey to one day becoming king and queen.

Earlier, the Duke of Sussex carried out what is likely to be one of his few remaining official engagements when he met some of the leaders during the summit staged in London for audiences – one-to-one meetings.

Harry is reportedly flying back to Canada to be reunited with his wife and child after concluding talks about his future role which will see the duke and wife Meghan step back from being a member of the royal family from the spring.

With Kate by his side, William told the prime ministers and presidents at the Buckingham Palace reception: “The African continent holds a very special place in my heart. It is the place my father took my brother and me shortly after our mother died.

“And when deciding where best to propose to Catherine, I could think of no more fitting place than Kenya to get down on one knee.

“Throughout my life, I have been lucky enough to spend time in many other parts of Africa. I’m also honoured to be the Patron of the Royal African Society.

“And as Catherine and I have said to several of you here tonight, we hope to have the chance to visit many more countries in the future and share our mutual love of your continent with our children.”

Charles took his sons to Africa as it was seen as an ideal place to offer the young boys the time and space to deal with their mother’s death.

In 2010, William proposed to girlfriend Kate Middleton in Kenya, after they had dated for almost 10 years.

Kate wore a red gown from high-end high street store Needle & Thread, while the Countess of Wessex wore an outfit from Azzedine Alaia in a similar hue.

Other royals who attended the reception included the Earl of Wessex and the Princess Royal.