A theme park in Chongqing, China, has sparked outrage after footage filmed at the resort showed a cape-wearing pig being forced to bungee jump off a 68-metre (223ft) high tower.

The clip shows the pig, tied to a metal pole, being carried by two men to the top of a tower before being pushed off.

The animal can be heard squealing as it bounced up and down several times before becoming still. Laughter and cheers could be heard from the crowd.

The theme park has since put out an apology stating: "We sincerely accept netizens' criticism and advice and apologise to the public," it said. "We will improve [our] marketing of the tourist site, to provide tourists with better services."

The publicity event - which organisers called the golden pig bungee jump - was held to celebrate the opening of the theme park's bungee attraction.

The pig was very "calm" as it was pulled back up, a cameraman working for the theme park told state news website Global Times.

"A pig bungee jumping is odd and attracts tourists and local residents to our site," he said. 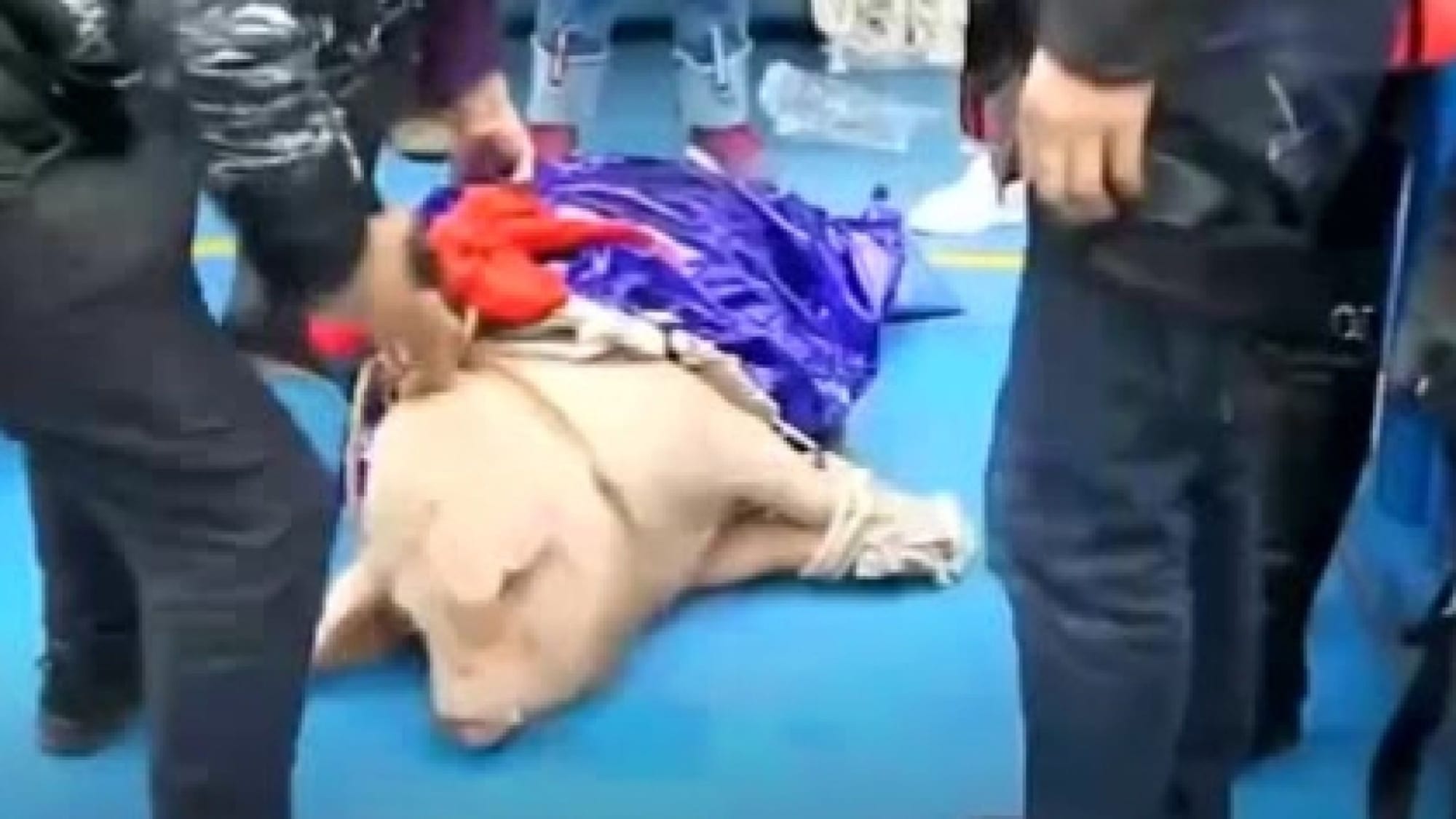 Jason Baker, Peta senior vice-president of international campaigns, told BBC News: "Pigs experience pain and fear in the same ways that we do, and this disgusting PR stunt should be illegal."

"The Chinese public's angry response should be a wake-up call to China's policy-makers to implement animal protection laws immediately."

According to local reports the animal, which weighed 75kg (165 lbs), was sent to a slaughterhouse afterwards.