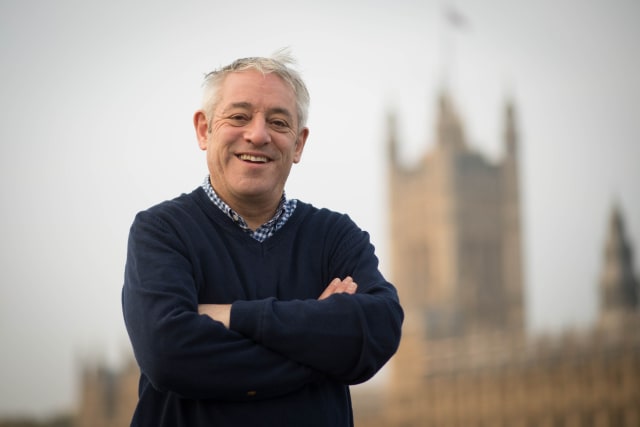 A reported move by Jeremy Corbyn to nominate John Bercow for a peerage would fly in the face of convention – unless the ex-speaker joined Labour.

Labour has not denied reports that Mr Bercow is among the list of nominees for peerages drawn up by Mr Corbyn.

But Downing Street stressed that the “long-standing convention” was that the Leader of the Opposition would only nominate people representing their own party for a place in the Lords.

Mr Bercow was elected as Tory MP for Buckingham before becoming the speaker in 2009.

Downing Street would not comment on specific nominations and it is understood that no list of potential peers from Mr Corbyn has been submitted to the Prime Minister.

But the Prime Minister’s official spokesman said: “It is a long-standing convention that leaders of the opposition can nominate individuals representing their party for peerages.”

Mr Bercow is not the only controversial choice on Mr Corbyn’s list of nominations, which was reported by the Sunday Times.

His former chief of staff Karie Murphy has also been put forward for an honour despite the current inquiry into alleged instances of anti-Semitism in the Labour Party by the Equality and Human Rights Commission (EHRC).

The Jewish Labour Movement said Ms Murphy’s nomination was “deeply inappropriate and must be rescinded immediately”.

“Jeremy Corbyn is using his final weeks in office to reward failure,” the group added.

Campaign group Hope Not Hate said: “No-one who is a subject in the EHRC investigation should be ennobled before the full EHRC report is released.”

It was a view echoed by Labour deputy leadership hopeful Rosena Allin-Khan, who said said: “Hope Not Hate said that anyone who was being investigated by the EHRC shouldn’t be recommended for a peerage, so I do think that does need to be taken seriously.”

Senior Labour sources have declined to comment on reports about the nominations.