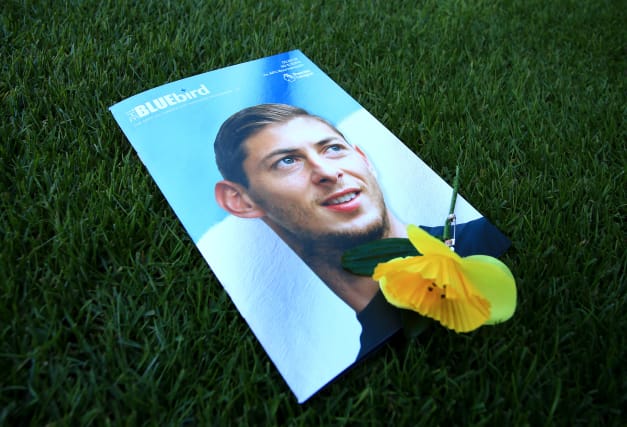 An inquiry into the plane crash that killed footballer Emiliano Sala is at “an advanced stage”, investigators said.

The Air Accidents Investigation Branch (AAIB) released a statement marking the one-year anniversary of the crash which revealed it intends to publish a final report by the end of March.

Argentinian footballer Mr Sala, 28, was the only passenger onboard the single-engine Piper Malibu aircraft when it plunged into the Channel.

Pilot David Ibbotson, 59, flew him from Cardiff to Nantes the following day.

The return flight – which crashed in the Channel – was on January 21.

Mr Sala’s body was recovered but Mr Ibbotson has not been found.

An interim report published by the AAIB shortly after the accident stated that Mr Ibbotson was not licensed to conduct commercial flights.

AAIB chief inspector Crispin Orr said: “Our thoughts are with the families and friends of Mr Ibbotson and Mr Sala at this time.

“The Air Accidents Investigation Branch has conducted a thorough investigation looking at a number of elements including operational, technical, organisational and human factors that may have caused or contributed to this accident.

“We have worked closely with many specialist organisations including the aircraft and engine manufacturers and the National Transportation Safety Board (NTSB) in the USA.”

He added: “Our investigation is now at an advanced stage and we intend to publish our final report by the end of March 2020.”

The aircraft remains underwater off the coast of Guernsey after an attempt to recover it was hampered by bad weather.

Relatives of Mr Sala and the pilot have called for the wreckage to be salvaged to help find out what happened.

An AAIB spokesman said in August it chose not to repeat a retrieval attempt due to the high costs involved, the information already collected and the risk the wreckage would “not yield definitive evidence”.

He added: “We will identify the correct safety issues through other means.”

Cardiff City will hold a ceremony to mark the anniversary of Mr Sala’s death at its stadium on Tuesday night.

The club continues to be locked in a legal dispute with Nantes over payment of the footballer’s transfer fee.

Police investigating the circumstances surrounding the crash arrested a 64-year-old man from the North Yorkshire area on suspicion of manslaughter by an unlawful act in June last year.

He has not been charged.

Former football agent Willie McKay paid for the fatal flight but did not choose the pilot or the plane.

He has explained he was helping his son Mark, who was acting for Nantes, to complete the transfer.

CCTV company director Sherry Bray, 49, and her employee Christopher Ashford, 62, watched footage of the post-mortem examination and took screenshots of the images.