Police hunt after swedes and turnips hurled at moving vehicles 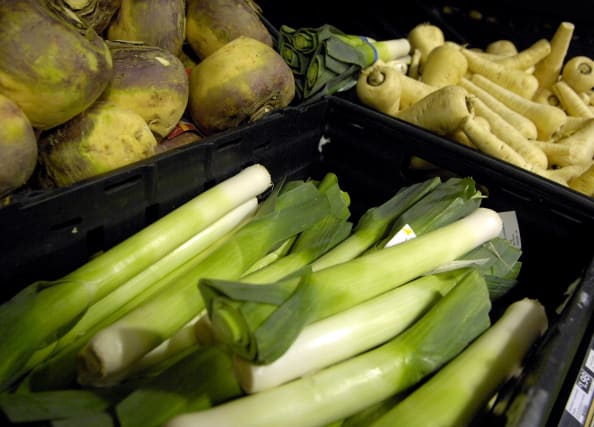 Police are investigating more than a dozen incidents of large vegetables being thrown at moving vehicles.

In the latest incident a swede was lobbed at a police armed response patrol car responding to an emergency on Sunday night, smashing its windscreen and causing £500 of damage.

A fellow officer from the armed response unit said those in the car at the time were “fine, but very annoyed” and were unable to attend the incident they had been called out to.

Police said this was the 17th recorded incident of large vegetables, such as turnips and swedes, being thrown at vehicles on the A380 between Newton Abbot and Torquay in Devon since November last year.

A Devon and Cornwall Police spokesman said: “At 8.40pm on January 19 the windscreen of a marked police vehicle was damaged by an object, believed to be a swede, thrown from the side of the road at it was driving on Hellevoetsluis Way, Torquay.

“The vehicle was on its way to another call and the damage to the windscreen is estimated at £500.

“Officers are continuing their inquiries and are asking for anyone with information to contact police.”

Last month, a motorist was driving home when a swede smashed into the side of his silver Range Rover.

In a third incident, another motorist said a turnip had been chucked from a bridge damaging their car.

“This is now the 17th recorded incident since November 6 2019 where objects have been thrown at vehicles on the A380 between Newton Abbot and Torquay,” the spokesman said.

“A substantial amount of damage has been caused to vehicles and this has the potential to cause a serious accident.

“Objects have been thrown from various bridges at different times on different days of the week.