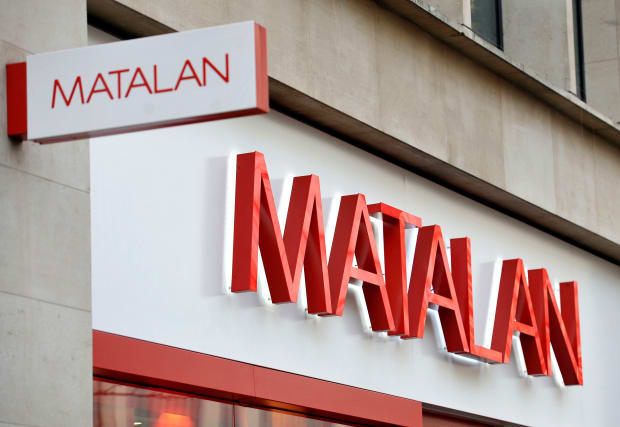 Matalan was not immune to the headwinds facing the high street in the closing months of last year as revenues and profits dropped.

The third-quarter results also showed that earnings before interest, tax, depreciation and amortisation fell by more than £6 million to £33.7 million. It had £73.1 million in cash at the end of the year, compared with £91.2 million a year earlier.

It comes as high street shops are facing some of the toughest times in years, with shoppers buying less than in the past.

Over the five weeks to January 4, which includes the Christmas shopping period, but not Black Friday, sales increased 0.6% to £134.3 million.

The British Retail Consortium said last year that September, which is part of the 13 weeks in Matalan’s report, was the worst on record.

“The challenges faced by ourselves and the wider market have been well documented and our results released today continue to reflect that backdrop,” said Matalan chief executive Jason Hargreaves.

“Consumer confidence and spending remained depressed in the midst of unprecedented levels of political uncertainty throughout the autumn/winter season.”

Mr Hargreaves said the company is starting to see results from the new initiatives it took to strengthen its stores.

“In the ever-changing landscape retailers are now faced with, it’s more important than ever to evolve and to be agile, efficient and deeply connected to our customers,” he said.

Matalan has refurbished several of its stores and invested in its online business, which is growing by 25%.

“Despite remaining cautious in a tough market, I’m confident that, with the support of our colleagues, we will have a stronger 2020,” Mr Hargreaves said.

The tradition conditions on the high street have claimed several big names in recent months.

Matalan’s third-quarter results came on the day that Beales, a century-old department store, was forced into administration. Mothercare shut its shops earlier this month.