Lord Tony Hall to step down as BBC Director-General 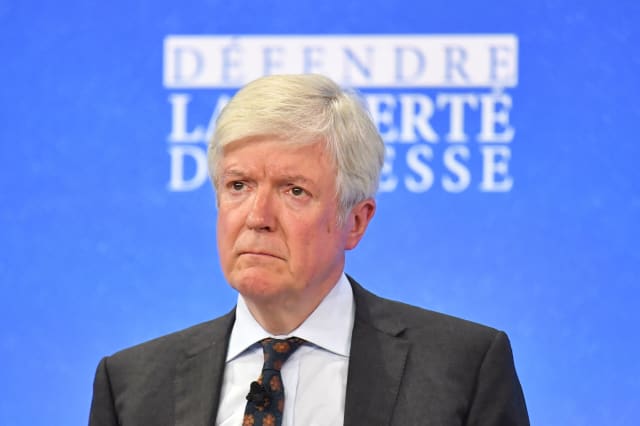 Lord Tony Hall will step down as Director-General of the BBC this summer, it has been announced.

Lord Hall, who took up the post in April 2013, revealed his decision in a message to BBC staff, saying he will remain in the role for the next six months before leaving in the summer.

He said it was a “hard decision” but that he wanted to put “the interests of the organisation first”.

Referring to his speech at the BBC’s Cardiff headquarters last week, he said: “As I said last week, we have to develop our ideas for both. And it must be right that the BBC has one person to lead it through both stages.

“Over the next six months my priority, as always, will be to champion this great organisation and continue to direct our reinvention.

“There’s so much we can do to transform the creative industries around the UK still further and to project this country’s talent and ideas to the world.”

He said he feels he is “leaving the BBC in a much stronger place than when I joined”, adding: “It feels a very different organisation – more innovative; more open; more inclusive; more efficient; more commercially aware.

“And a BBC that’s on cracking creative form. You all have my thanks and admiration for the part you’ve played in that success.”

Lord Hall, 68, also praised the values of the BBC, saying the corporation must continue to “champion the nation’s creativity at home and abroad, and help play its part in bringing the UK together”.

He added: “In an era of fake news, we remain the gold standard of impartiality and truth. What the BBC is, and what it stands for, is precious for this country. We ignore that at our peril.”

His departure from the role comes amid a turbulent time for the broadcaster, with issues around equal pay disputes, political bias, diversity and TV licences at the top of its agenda.

BBC Chairman Sir David Clementi said: “Tony Hall is an inspirational creative leader, within the UK and around the globe, and the BBC has been lucky to have him as our Director-General for the last seven years.

“Tony has led the BBC with integrity and a passion for our values that is obvious to everyone who meets him. His reforms have shaped the BBC for the future and he will leave the BBC in the summer with our gratitude and our very best wishes.

“Responsibility for appointing his successor lies with the BBC Board. Within the next few weeks we will publish a job description and advertise the job, seeking candidates within the Corporation and externally.

“We are committed to selecting the best qualified person for the job.”