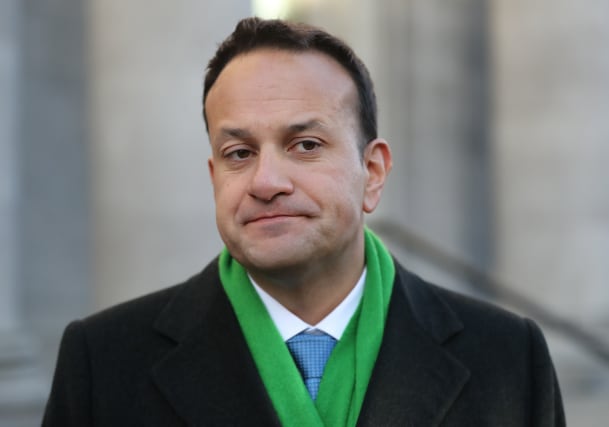 The Irish opposition has accused Leo Varadkar of using his role as Taoiseach to make a party political attack on his his opponents.

Fianna Fail asked the Standards in Public Office Commission (SIPO) to investigate as the campaign heats up ahead of next month’s General Election.

Mr Varadkar said Fine Gael’s political opponents “say they will tear up the contract” for the National Broadband Plan aimed at overhauling the country’s network.

Fianna Fail leader Micheal Martin told broadcaster RTE it was “inappropriate and wrong” for Mr Varadkar to make what he said were political comments at an event organised by a state body.

Fine Gael senator for Cork South Central, Jerry Buttimer, dismissed criticism of Mr Varadkar after his presentation of an award to Apple chief executive Tim Cook at an event in Cork.

Mr Buttimer said: “Micheal Martin’s bizarre attack on the Taoiseach is designed solely to distract from the fact that his party doesn’t even know itself where it stands on broadband.

“The only thing that is clear in relation to Fianna Fail and the National Broadband Plan is that it intends to rip it up if in power, depriving rural communities of high-speed internet.

“Or perhaps Micheal Martin has performed a U-turn, having been out on the doors and hearing how important the rollout of broadband is to the people of Cork South Central and beyond.

“Fine Gael’s plan will extend broadband to 1.1 million who would otherwise be left behind under a Fianna Fail government.”

Fine Gael has promised to introduce a pension transition payment for those who want to retire at 65, meaning they would not have to seek jobseeker’s allowance while waiting for the state pension.

Proposed changes to the pension age are becoming a key issue in the election, with parties pledging to lower the age at which people become eligible to receive the state pension.

The qualifying age in the Republic of Ireland is 66, having changed from 65 in 2014.

Fine Gael is proposing to introduce a transition pension or an early retirement pension for those who are contractually required to retire earlier.