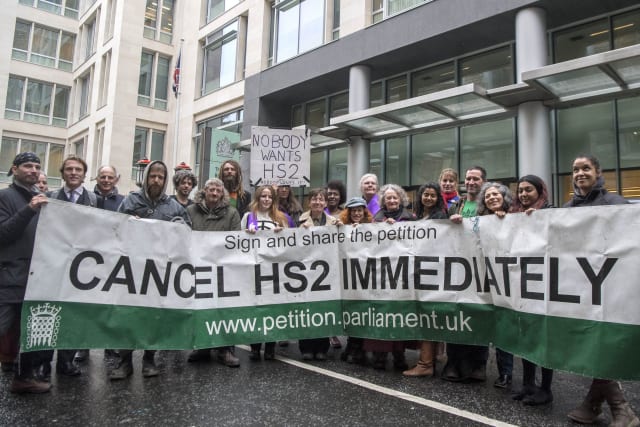 A leaked report warns HS2 could cost up to £106 billion.

Here are nine key questions about the high-speed rail project.

HS2 Ltd has spent around £8 billion. The money has gone towards the purchase of land and property, ground investigation work, technical designs, IT systems, wages and public engagement.

Political leaders in northern England and business groups claim the railway is vital to boosting transport links across the region, providing increased capacity on an overcrowded network.

-Who are its opponents?

Communities living on or near the route have expressed anger at the impact on their lives, while many people have said the project is simply too expensive and the money would be better spent elsewhere.

The first phase was due to open in 2026, but a recent report by HS2 Ltd stated this could be pushed back until 2031.

– What impact would HS2 have on journey times?

– When will a decision be made?

Transport Secretary Grant Shapps said the Government will make an announcement in “weeks rather than months”.