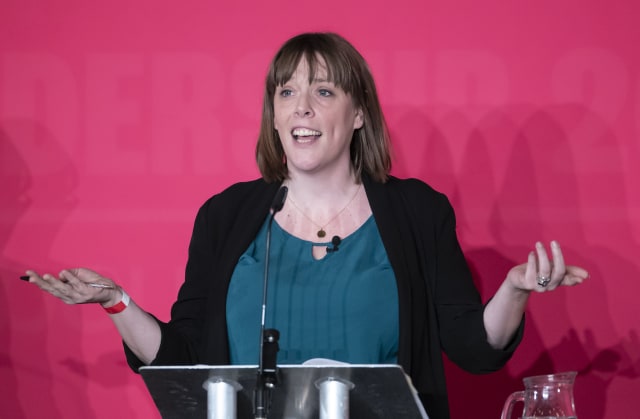 Labour leadership hopeful Jess Phillips hit out at the “patronising”  idea that having a working-class background is all that matters to voters in the contest to replace Jeremy Corbyn.

As the deadline approached for new members to join the party in order to vote in the election, Ms Phillips said it was more important for people to know what the candidates stood for rather than where they had come from.

During the leadership contest, Ms Phillips and her rivals have gone to great lengths to highlight their backgrounds.

Shadow Brexit secretary Sir Keir Starmer, who has faced scrutiny over his high-flying legal career and north London constituency, told the Guardian in December that his dad was a toolmaker and his mum was a nurse so “the middle class background just doesn’t wash”.

Shadow foreign secretary Emily Thornberry launched her leadership campaign in Guildford near the council estate where she grew up, while shadow business secretary Rebecca Long-Bailey has highlighted her formative years growing up in the shadow of Old Trafford football stadium and listening to her trade unionist father talking about the threat to jobs in the docks.

On the Mumsnet website, Ms Phillips was asked which of the line-up – which also includes ex-shadow cabinet minister Lisa Nandy – had the most convincing working class credentials.

Ms Phillips said: “It’s an impossible test. We all have different life experiences.

“I find trying to prove where you come from as if that is all that matters to the voters a bit patronising.

“I think it’s what you do and how you live now that matters and are you in touch now with the country and what people talk about.”

The backbencher acknowledged it would be a “bold roll of the dice” for Labour members to elect her as leader.

But she said the nature and scale of the defeat the Labour party suffered at the election meant “a genuine fresh face” was needed.

“A different approach. A bold roll of the dice. And I think that is what I am. And that that is the only way we can beat Boris Johnson.”

She added: “One of the reasons that I always put myself forward and dare to be brave and keep climbing up is because I think it’s important that others can see a young-ish mom with a regional accent being taken seriously in politics.

“We need to do much more to make our politics actually accessible to people, because even in this contest it sometimes feels like a factory production line that has no bearing on how people in our country live their lives or what they consider to be leadership.”