Harry Dunn death: Police chief to fund driver training for US staff at RAF base 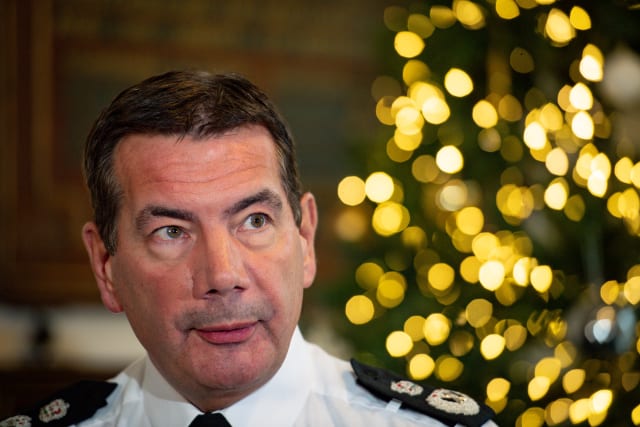 A police chief has said he will fund driver training at an RAF base after the death of teenage motorcyclist Harry Dunn.

Mr Adderley took to Twitter to announce his new initiative – saying his plans to fund the training were a "mitigation measure I want to take".

On Sunday, the police chief said there had been two further incidents of American staff from the base driving on the wrong side of the road since the death of Mr Dunn.

The teenager's motorbike crashed into a car outside RAF Croughton on August 27 last year.

The suspected driver, 42-year-old Anne Sacoolas, the wife of a US intelligence official, was granted diplomatic immunity and was able to return to her home country, sparking an international controversy.

Since Mr Dunn's death, footage has emerged of a BMW driver on the wrong side of the road near the base.

The video, reported to Northamptonshire Police on Saturday, shows a car with what appears to be a registration number used on US government vehicles in the UK.

In a statement at the time, Mr Adderley said: "I do not underestimate how much of a concerning incident this was and how much worse it could have been, especially considering the circumstances in which 19-year-old Harry Dunn tragically died."

The police chief said the training would begin at the base, which is used as a United States Air Force communications station, from March 12.

Announcing the new plans, Mr Adderley said: "Following a positive discussion with senior officials at RAF Croughton today, I am pleased to announce that Northamptonshire Police (Roads Policing experts) will be providing training to all staff at the base and to all new arrivals at the site for the foreseeable future.

"This is only the beginning and I have agreed to provide that training for free to ensure every member of staff at RAF Croughton receives the input and understands the requirements here in the UK. This will include Highway Code awareness, UK road laws and protocols."

Addressing the issue of funding, Mr Adderley added: "I will provide the funding for this.

"Cost is not a primary issue here, saving lives and remembering Harry Dunn is.

"I have a number of other ideas and suggestions which are for a later meeting at the base.

"As the Chief Constable of Northamptonshire I have to take all reasonable steps to mitigate risk.

"Regardless of other countries, this is a mitigation measure I want to take."

Despite the UK making an extradition request for Mrs Sacoolas, the Prime Minister has said the chances of her returning are "very low".

The US State Department has said the UK extradition request for Ms Sacoolas is highly inappropriate and would be an abuse.