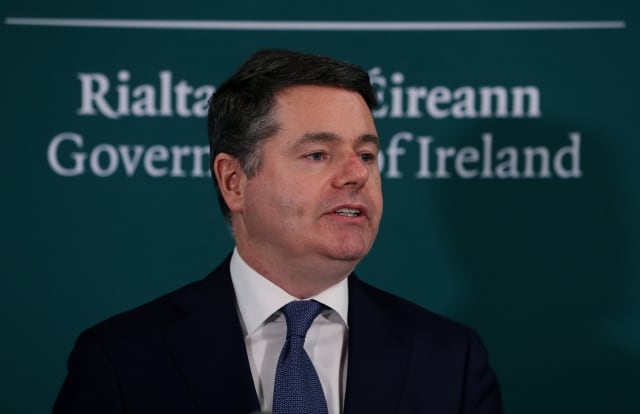 Fine Gael has promised to introduce a pension transition payment for those who want to retire at 65, meaning they would not have to seek jobseeker’s allowance while waiting for the state pension.

Proposed changes to the pension age are becoming a key issue in the Irish General Election, with parties pledging to lower the age at which people become eligible to receive the state pension.

The qualifying age for the state pension in the Republic of Ireland is 66, having changed from 65 in 2014.

On Sunday, Taoiseach and Fine Gael leader Leo Varadkar said leaving the state pension age below 67 would be “irresponsible”, and that “reforming makes sense”.

“If pensions are going to be sustainable into the future, we will need to increase the pension age along with life expectancy.”

Fine Gael plan to press ahead with a policy to increase the pension age to 67, but are proposing to introduce a transition pension or an early retirement pension for those who are contractually required to retire earlier.

Minister for Social Protection Regina Doherty told reporters on Monday: “People have been telling me that it is not fair that, having worked 30 or 40 years, that some people will be forced to sign on to the live register.

“We recognise that so we are going to re-introduce a pensions pathway or transition payments, that does not have the conditions attached like the jobseeker’s payment to the habitual residency rule, because we know that pensioners want to travel and they should be allowed travel.”

When asked where the money will come from to fund the transitional payment, she said: “The social insurance fund came under incredible pressure during the great recession and I want to make sure that never happens again.

“The total contributions model of how we manage pensions and we calculate pensions will be brought forward and come into play this year.”

The issue of pension age is becoming a key issue in the election debate.

Meanwhile, Fine Gael has said it is sticking with making Brexit a key part of its re-election strategy, despite a poll published on Saturday showing a 12-point drop in support for the party.

Speaking to reporters in Dublin on Monday, Finance Minister Paschal Donohoe said: “I have emphasised again and again that in order to deliver all of the proposals we have set out, and in order to continue with the work we have been doing in Government, then we need an economy that is healthy and is growing.”

“In order to ensure we have an economy that continues to grow, we do need a deal on Brexit.”

“In all of the engagement I have been having on doorsteps – and I was out in Stoneybatter last night myself – I am continuing to get acknowledgement from voters that Brexit has not gone away. It is in the background.

“We saw the statement there from the Chancellor of the Exchequer, where he indicated the UK will be looking for paths to divergence from the European Union when it comes to regulation.

“If we have to deal with risks like that, that creates a real risk to our economy and challenges for our economy, that if not well managed it will mean we won’t have the money for what we are setting out to do.

“So we will be retaining the approach so far of our campaign.”