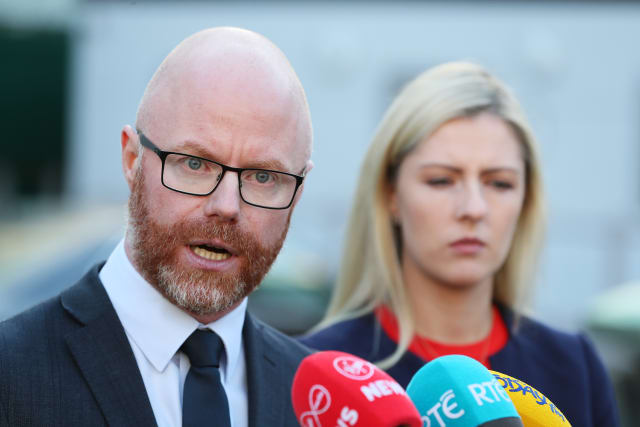 Fianna Fail have set out their plans to solve the current health crisis if they are elected to government.

Stephen Donnelly, the party’s health spokesman and a former management consultant in the health sector, called the current state of the HSE “dysfunctional” and “failing”.

Mr Donnelly pointed to overlap in management structures for rising costs and said moving to a more regional-based structure under the Slaintecare model would go towards remedying the issue.

“There’s two things we’ve got to do, of the 11 billion euro the Department of Finance are saying is available over the next Dail term, we’re allocating approximately two billion of that to health,” he said on Monday.

“We are being very, very careful and prudent to make sure that the commitments that we make are costed, and they can actually be provided for.

“So, yes, spending has to go up. Even if our healthcare system was working really well, we have a huge demographic challenge which is we’re getting older, as a nation, and as we get older, healthcare costs simply go up.

“The other thing we have to do is make sure that the money we’re already spending is spent in the right ways.

“At the moment, there’s very poor understanding of how the money is spent in the system.

“Nothing like that has ever happened before and it’s time to turn that around. ”

Mr Donnelly added: “Before I ran for politics I was involved in fixing healthcare systems in other countries.

“One of the first things you would do if you’re looking at a system with multiple hospitals, is you’d say, what is the cost per night per hospital? When I submitted that question to Minister (Simon) Harris, he said: ‘No we don’t collect the data in that form’.

“So we’ve have to start bringing in financial discipline to say, we’re spending a vast amount of money, already 18.1 billion euro this year, how are we spending it?”

On the recruitment and rentention crisis facing the HSE, which staff and unions say is the cause of low morale within the organisation, Mr Donnelly says Ireland must attract those who have left to come home.

“The reality is, the HSE does not have a good reputation in terms of hiring,” he said.

“We’ve got to hold on to the people we have. We’ve also got to reach out around the world to Australia, to New Zealand, to America, to England, to Canada, to our amazing doctors, nurses, midwives, allied health professionals, and say, ‘We need you to come home’.

“The reality is, over the last few years, the very opposite of that has been happening.”

The party says they will hire 800 to 1,000 consultants, but would not sign up to the recommendations set down Dr Donal de Buitleir, who chaired an expert group examining the removal of private practice from public hospitals – one of the key elements of the proposed Slaintecare reforms.

Mr Donnelly added that the consultants “will be full-time, public sector consultants, and whatever limitations on private practice that may be attached will be negotiated with the consultants”.