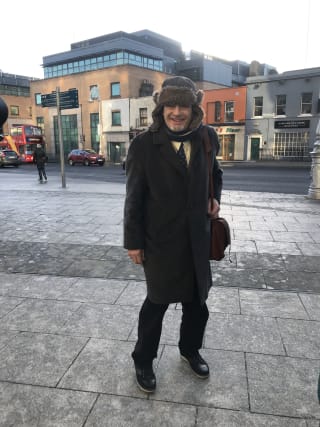 A former journalist has appeared before the High Court in Dublin in relation to a warrant seeking his arrest and extradition to France over the murder of Sophie Toscan du Plantier.

He is wanted in France for the murder of Ms Toscan du Plantier, who died in Schull, Co Cork, in December 1996.

It is the third time the French authorities have sought his extradition.

Bailey was found guilty by a Paris court in his absence in May this year of killing Ms Toscan du Plantier, 39, following a trial of only three days after Irish authorities twice refused to extradite him.

The court in France sentenced him to 25 years.

On Monday, the court in Dublin heard that a number of affidavits are to delivered over the coming weeks.

Defence counsel Ronan Munro, who handed in a report to the High Court, confirmed that Bailey was present in court and was on bail.

Mr Munro asked for the hearing to be adjourned for a further three weeks.

State prosecutor Leo Mulrooney made no objections to the request.

High Court Judge Donald Binchy adjourned the case for three weeks, saying that all affidavits have to be delivered by then.

Mr Bailey has been remanded on continuing bail. He said he could not comment on the ongoing case.