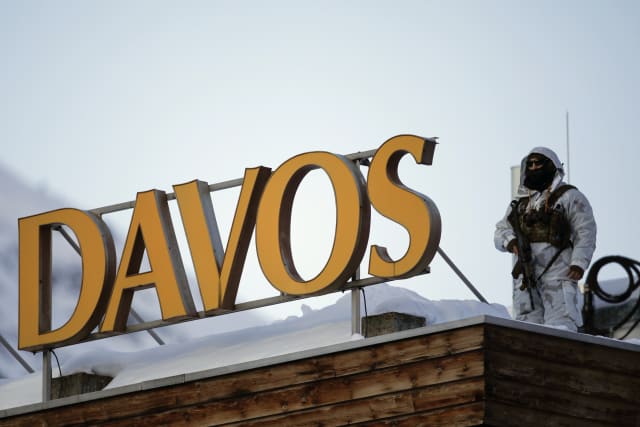 The US markets are usually one of the major influences on how the London Stock Exchange closes out a day of trading.

But on Monday there was no guidance to be had, as US exchanges remained closed for the Martin Luther King Jr Day holiday.

There was little in the way of economic news either, although there was a slight wobble as the International Monetary Fund (IMF) told the World Economic Forum in Davos that its analysts now expect the global economy to grow by 3.3% this year – a downward revision from 3.4% predicted three months ago.

Connor Campbell, financial analyst at SpreadEx, said: “Though investors didn’t react strongly to this update, it also served to prevent any real turnaround.”

Currency traders also appeared to shrug at an interview given by Chancellor Sajid Javid over the weekend in which he said the UK would not be aligning with EU rules after the transition period ends – although precise details were not given.

The pound was flat against the dollar as markets closed, with a pound worth 1.299 dollars.

There was slightly more excitement for oil traders, as the price of a barrel of the black stuff ticked up steadily following political unrest in Iraq and Libya.

David Madden, market analyst at CMC Markets UK, said: “The fact there are output issues in two oil producers has been a double whammy for the energy market, but then again oil dealers have seen huge volatility in recent weeks, and if anything, today’s upward move is relatively small when compared with the moves witnessed during the Iranian tensions.”

In company news, there were boosts to housebuilders as a new report from Rightmove suggested house prices rose in December.

But shooting the lights out was BAE Systems, which saw its shares close out the day up 23p, or 3.7%, at 647.6p as bosses revealed they had splashed out 2.2 billion dollars (£1.7 billion) on a new GPS and radio business.

Elsewhere, shopping centre owner Intu confirmed it plans to tap up shareholders as it attempts to pay down its £5 billion debt pile. Rumours had been around previously and investors were unmoved, with shares closing down just 0.23p, or 1%, at 22.63p.

Anglo American said it will save the Sirius Minerals Yorkshire mining project, as it tabled a £405 million bid.