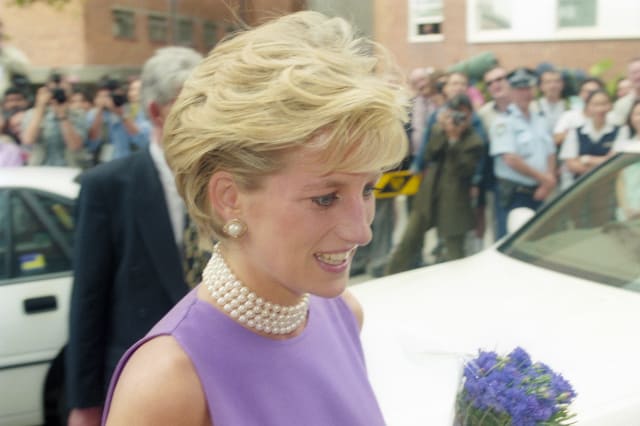 A London cafe owner has revealed how he once threw out paparazzi at Princess Diana's request.

Abdul Daqud, who owns Café Diana in Kensington, says he was asked by the royal personally to remove members of the media from his establishment opposite the Kensington Palace gates.

"One day the paparazzi was waiting, waiting since the morning. At four o'clock they give up, they put all their cameras on the table and they start having their food.

"Suddenly Princess Diana came out, driving her car and stopped the car in the middle of the street.

"And she called me. And she said to me, 'Abdul, throw them out!'

Mr Daqud named his cafe after the Princess of Wales after realising his business' close proximity to the royal's residence.

The cafe walls are filled with images of the late royal and was visited by Diana once, who ordered a cappuccino, says Mr Daqud.

"I named the café after I saw Princess Diana coming out of the gate. I didn't know that my shop was opposite Kensington Palace and Princess Diana was living there. I thought, this is the best thing that has happened this morning for me. I will call it Café Diana.

"Surprisingly she came after a few weeks. I was in big shock. Then I said to my waitress, 'Please ask her what she likes to drink'. She said, 'I like cappuccino. And when I took the cappuccino for her my hands were shaking.

"Five minutes later we were just like a friend."