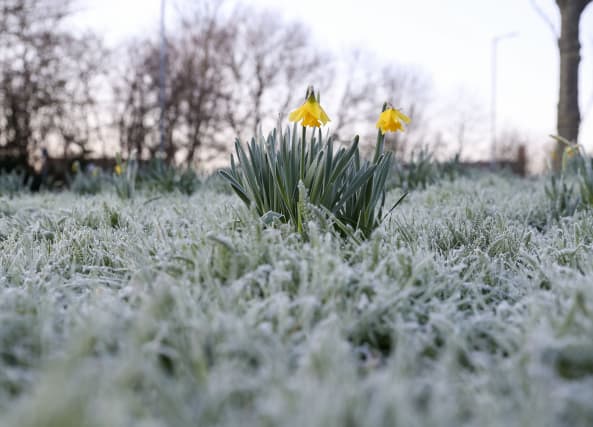 The chilly weekend continued on Sunday as the mercury dipped below zero and fog coated large parts of the country.

The Met Office said Northern Ireland experienced its coldest night of the winter, while the temperature fell to -6.8C (19.8F) in North Yorkshire’s Topcliffe, and hovered around -1C across the capital.

The agency’s Alex Burkhill said a fog warning had been put in place over sections of the West Midlands and north-west England.

“It’s been a very frosty start but through the bulk of the day it’s going to be largely fine and largely sunny,” the forecaster said.

It would still be “quite chilly” with expected highs of 8C scattered across parts of England, Mr Burkhill said.

He added that there would be some rain for the Shetland Islands.

A mid-range cold weather alert has been issued by Public Health England from 6pm on Sunday to 6pm on Tuesday and the organisation is urging people to prepare for cold weather conditions and look out for those most at risk.