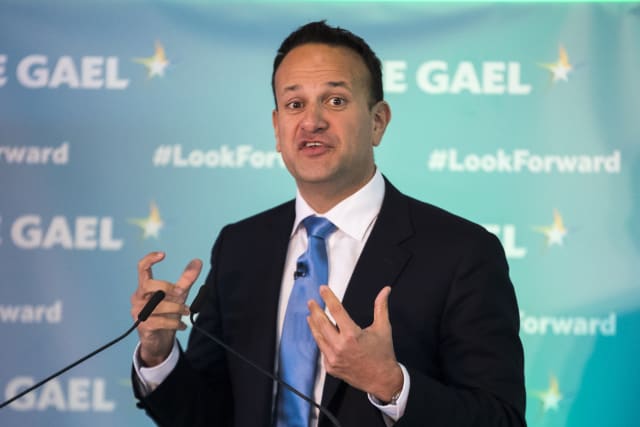 Leo Varadkar has insisted Ireland is a safe country following the murder of a teenager and a number of violent crimes in recent days.

The upcoming Irish General Election has seen a renewed focus on crime after the murder of 17-year-old Keane Mulready-Woods.

The teenager was murdered and his body was dismembered and left in various locations in Dublin.

Student Cameron Blair was stabbed at a house party in Cork city on Thursday night and two men were injured following a shooting in Dublin on Friday.

In a separate incident, two men were injured following a shooting outside a pub in Co Clare in the early hours of Saturday morning.

Micheal Martin, leader of opposition party Fianna Fail, claimed on Friday that the government is “losing control” of crime in the country.

The Taoiseach defended Fine Gael’s record on tackling crime and insisted Ireland is safe when he spoke to reporters in Dublin on Saturday.

“That doesn’t detract in any way from the seriousness of the crimes that we have witnessed in the last number of days which are unspeakable and are appalling.

“Our responsibility as a government working with the gardai and others to bring those people who has committed those crimes to justice.

“That’s why we put record resources into the gardai, that’s why we reopened Templemore which was closed by Fianna Fail.

“It’s why we’ve put such investment into the gardai and resources in recent years and why we focused on reducing poverty, reducing disadvantage. And poverty is now down five years in a row.”

When asked if Fine Gael has lost control of law and order, he said: “We will have periods where there is a spate of violence as we have seen in the past week but that does not mean that law and order has broken down.

“I was talking to a lot of people on the campaign trail in Offaly and Dublin yesterday and there is a real concern and worry in our country at the moment at the spate of violent killings we have seen in recent days – particularly parents are worried about their kids getting caught up in drugs or becoming victims of violence in some way.

“I remember back in 2007, we had nearly 70 or 80 murders that year – we are certainly not in that category that we were 12 or 13 years ago but the spate of murders we have had in recent days has worried absolutely everyone and it is our job as a government to get on top of that by supporting the gardai, by bringing unprecedented resources into the gardai, reforming our courts service.

Mr Varadkar said it was not possible for any party to eradicate crime.