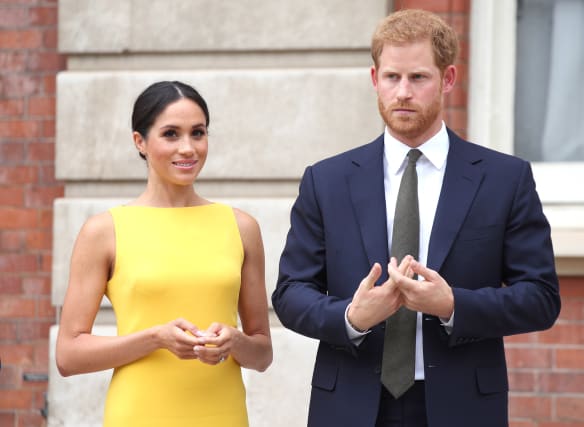 Buckingham Palace has issued its latest statement concerning the crisis surrounding the Duke and Duchess of Sussex.

Harry and Meghan are no longer going to be working royals, will not be carrying out royals duties and they will not use their HRH styles.

– What does this mean?

The couple have effectively stepped down, not just as senior royals, but as working royals in general.

The dual role they suggested in their bombshell statement – of earning their own money and carrying out royal duties – is not going to happen.

– How will they be funded?

Buckingham Palace said they will no longer receive public funds for royal duties, because they will not be carrying any out.

– When will the changes take place?

Not completely. They will the earn their own money, but the Prince of Wales will also continue to offer private financial support to the couple.

– Will they still get round the clock protection officers paid for by the taxpayers?

Buckingham Palace said it does not comment on security matters.

But it added: “There are well established independent processes to determine the need for publicly funded security.”

– And what about Frogmore Cottage?

Harry and Meghan will pay back £2.4 million in taxpayers’ money spent on renovating their Berkshire home.

– Will they still use it as their base when in the UK?

Yes. And they will pay rent at a commercial rate on the property.