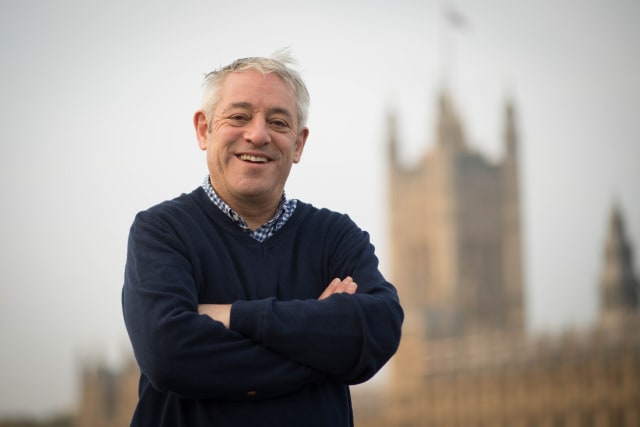 Labour is nominating former Commons speaker John Bercow for a peerage, according to reports.

Sources in the opposition party did not deny the claim to the PA news agency, and declined to comment on the situation.

Such a move would be remarkable given that Mr Bercow was a Tory MP, before being elevated to presiding over the main Parliamentary chamber.

Mr Bercow drew fire from a number of prominent Brexiteers over the past few years as he was accused on helping support a Remain agenda in the Commons.

It was reported that Tory high command was so angered by Mr Bercow’s stance that it took the highly unusual decision not to offer a retiring Commons speaker a place in the House of Lords.

However, Labour leader Jeremy Corbyn has stepped in and nominated Mr Bercow for a peerage, according to the Sunday Times.

The newspaper also stated that Mr Corbyn had also put forward former Labour deputy leader Tom Watson, with whom he had an often tense working relationship, for a peerage.

Mr Corbyn’s former key aide and chief of staff Karie Murphy has also been nominated for a place in the upper house, according to the report.

Labour sources would not comment on any of the claims.

The newspaper said that the trio appear on an eight-strong list of dissolution honours nominations put forward by the Labour chief, who will quit his post in April after leading the party to two successive general election defeats.

Vetting will begin on the nominations soon, the newspaper said.

A nomination for Ms Murphy could also prove controversial given the inquiry into alleged instances of anti-Semitism in the Labour Party by the Equality and Human Rights Commission (EHRC).

Labour MP, and longstanding critic of Mr Corbyn, Siobhain McDonagh, endorsed a Tweet by the group Hope Not Hate, which stated: “No one who is a subject in the EHRC investigation should be ennobled before the full EHRC report is released.”