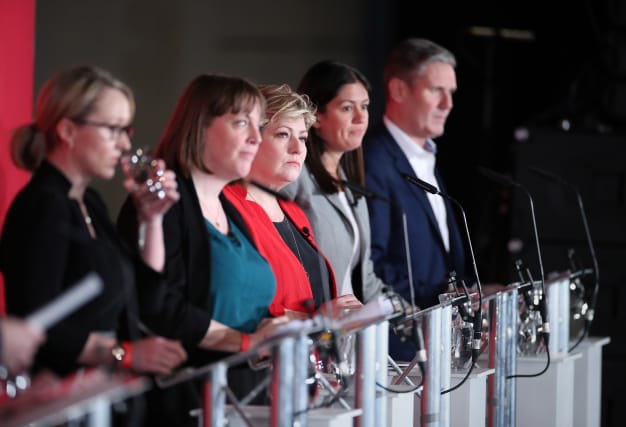 Contenders in the race to replace Jeremy Corbyn as Labour leader have called for unity despite jostling for position in the first hustings of the campaign.

The event in Liverpool saw the major candidates battle for dominance in the contest which will see a new leader of the opposition announced in early April.

Prominent backbench critic of Mr Corbyn Jess Phillips said the "name-calling within the party has been horrendous" and called for Labour to build a "broad team".

Shadow foreign secretary Emily Thornberry said Labour members should stop fighting each other and concentrate on attacking the Tories.

Ms Thornberry said: "Being leader of the Labour Party in opposition is, quite frankly, the worst job in the world.

"That's what we are applying for.

"In the end we have to wade through an awful lot of shit."

Shadow Brexit secretary and early front-runner in the campaign, Sir Keir Starmer, agreed there had been "too much division", adding: "We are unstoppable when we are united."

Ms Phillips took a swipe at some her fellow contenders for keeping quiet over anti-Semitism in the party.

She said: "The Labour Party needs a leader who has spoken out against anti-Semitism, and other forms of harassment in fact.

"When others were keeping quiet and somebody who was in the room, struggling for an independent system – lots and lots of meetings – I have to say I don't remember some of the people here being in that particular room or being in those particular fights."

Ms Phillips said that the Labour Party's handling of anti-Semitism had meant it had lost the "moral high ground" to fight racism.

She added: "Jewish people were scared of Labour winning the election.

"The Labour Party has now lost the credibility to handle its own complaints system.

"We have lost the moral high ground to fight racism in this country because of the way we have handled anti-Semitism."