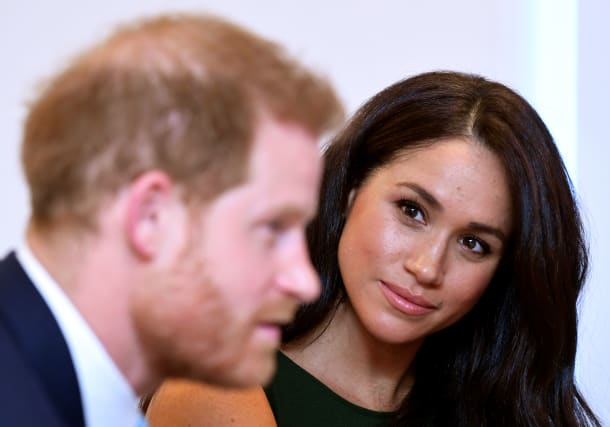 As the Duke and Duchess of Sussex step back from royal duties, they are free to choose how they fund their lives as “Mr and Mrs Ordinary,” an expert has said.

In a statement issued after royal family crisis talks concluded, Harry and Meghan announced they will stop carrying out royal duties from the spring.

The Sussexes had previously expressed a desire to remain as working royals while being financially independent, a dual role thought to be plagued with pitfalls by many commentators.

Public relations and crisis consultant Mark Borkowski told the PA news agency that by stepping back, the pair will be free to work without the “trappings” of the royal family.

“They are now Mr and Mrs Ordinary,” Mr Borkowski said. “It’s a significant statement with a significant gesture that they want to live their own lives under their own rules without the HRH title.

“It shows they want the freedom to operate as individuals without the protocol, without the baggage of being in the royal family.”

Questions have been raised about how they will be funding their lives when they no longer receive public funds, as they will not be representing the Queen.

Mr Borkowski said: “It’s still going to be difficult, but not having the royal mark they can be more free in terms of what they choose to fund them.

“The negative side of that is that they don’t have the British Royal Family sheen, but they are powerful A-listers in their own right so they’re going to attract a lot of attention.”

Harry and Meghan are unlikely to want to be constrained by a nine-to-five existence, and it is known the duchess sees herself as a “business entrepreneur” – alongside her other public roles as an actor and women’s rights activist.

The PR expert noted that a return to acting was “way beyond” Meghan’s ambition and experience after becoming a royal.

With her combination of royalty and Hollywood glamour, Meghan would be highly-prized by any publisher wanting a tome about her time at the centre of the monarchy – or even her thoughts about topics close to her heart, such as gender politics and female empowerment.

The well-paid lecture circuit is also available and may better suit Harry, an accomplished speaker who, with his Army training in leading others and experience of appearing on stages across the world, could become an in-demand motivational speaker.

Mr Borkowski highlighted that part of Harry and Meghan’s daily expenses may include their security, which may present more problems than their previous charity fundraising.

“I don’t doubt that they can raise a lot of money for patronages, for charities and good causes,” he added.

Although the pair will no longer receive public funds, The Prince of Wales will also continue to offer private financial support to the couple, expected to come from his £21 million a year Duchy of Cornwall income.

Mr Borkowski added that while the pair will not be constrained by the policies of the royal family, they are still likely to be funded by sources with a positive image.

“They’re going to be significant social and political figures in all sorts of areas related to areas they care about,” he said.

“They’re not going to pick up any nasty oligarchs on the way because that would strip them of their credibility, and it will they have a lot of ambition to create good so by being associated with dirty money is going to be difficult.”