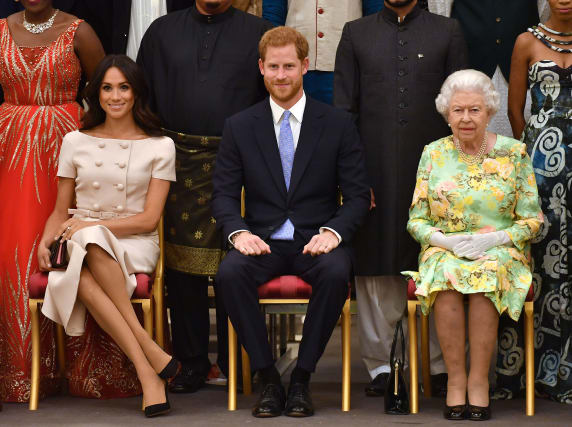 The decision by the Duke and Duchess of Sussex to walk away from the monarchy will "avoid catastrophe", a royal commentator has said.

After days of crisis talks following Harry and Meghan's announcement that they would be stepping back as senior royals, Buckingham Palace announced the pair will stop carrying out royal duties from the spring.

They will stop using the HRH title and will repay the taxpayers' millions spent on their Berkshire home, and will no longer formally represent the Queen.

She said: "I think it is the best possible outcome, and an outcome which will actually avoid catastrophe.

"The country was so divided about this and so angry and so upset, so I think it was all a big mess and it was getting nastier by the day."

The announcement from the palace on Saturday confirmed that the duke and duchess will continue their private patronages and associations with the Queen's blessing.

Ms Junor added that it would have been "tragic" if the pair had to give up their patronages, particularly if Harry was made to leave the Invictus Games after founding it.

"They're hanging onto their patronages which I think is absolutely terrific because they both care passionately about making the world a better place," she said.

She went on to praise the agreement that Harry and Meghan will be stepping back from royal duties and will not receive public funds as a clean break for the pair.

"There are no blurred lines. They are starting afresh and they are going with the Queen's blessing, I think it is the best of all worlds," the royal commentator added.

Ms Junor went on to say that the choice to retain, but not use, the HRH title was significant.

"There is greater prestige to the HRH, it is the title of a working member of the royal family," she said.

"They might want to do royal work again, they might be needed. I think not to burn bridges is a good thing. It does mean that they won't be able to cash in, one would hope, on their royal status."

However, the royal expert added it was "currently ambiguous" whether the pair would be able to use the term Sussex Royal, including on their official website Sussexroyal.com.

Although she praised the agreement as positive for both the couple and the royal family, Ms Junor said: "The British public have lost out because these are two fantastic people who sprinkle fairy dust wherever they go and we are going to miss that, but clearly it was not making them happy."