Girls feel boys are treated better than they are, report finds 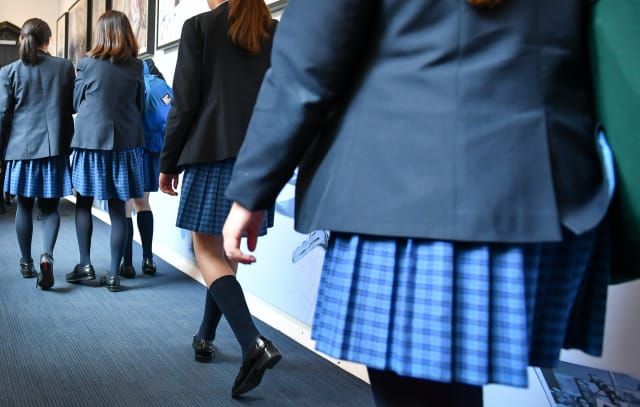 Girls in the modern-day UK feel unsafe in public, held back by sexism in school and that boys are treated better than they are, according to a new study.

Their opinions on issues like Brexit are not heard and overall they feel “fed up and frustrated” with empty messages of female empowerment, according to a  Plan International UK survey of more than 1,000 girls and young women aged 14-21.

A total of 60% of girls felt that males are treated better than females in the UK, and 57% said they had been in a situation where they believe they would have got better treatment if they were a boy.

Of the girls questioned, 72% had spotted differences in the way females were treated in the media, while 41% noticed a difference at school and 22% said there were differences at home, the State of Girls’ Rights in the UK 2020 report found.

Among the issues raised were feeling unsafe in public, hampered by stereotypical subject choices and sexual harassment in the classroom, believing that their opinions are not heard and an anxiety-inducing pressure to look a certain way.

Plan International UK’s chief executive Rose Caldwell described it as “extremely saddening but not surprising” that girls still feel disempowered, while the NSPCC said “far too many” girls are being harassed and work needs to start in primary schools to help society protect them from abuse.

Blackpool was named as the toughest place to be a girl in the UK based on a range of life quality factors including child poverty, life expectancy and those were were not in education, employment or training.

Liverpool, Nottingham and Kingston Upon Hull were also among the 10 lowest performing local authorities.

Orkney Islands, East Renfrewshire, Wokingham and Kingston-upon-Thames were among the top 10 performing local authorities for a girl to live in.

According to the poll, 72% of girls said they had seen photos of themselves which made them feel bad about their looks. It took, on average, 10 photo attempts before young girls are happy to post a photo on social media.

The researchers noted: “From the images they see in the media to harmful comments at school, girls are feeling pressured to conform to unrealistic beauty and body standards. This is exacerbated by the exponential number of images girls are exposed to today – both online and offline.”

Being severely affected by continual street harassment was a problem for many of the girls living in both urban and rural areas, according to the study.

Girls said they did not feel safe on their own as they made their way through the places they live and, and many tried to find ways to avoid being physically and verbally harassed.

The study found that stereotypical subject choices in schools are holding girls back from careers where women are under-represented. The girls experienced a “shockingly” high rate of sexual harassment, including rude images sent to their mobile telephones, from other pupils.

Girls also felt singled out and most likely to be affected by school policies on things like strict uniform rules or not being able to use the toilet during classes.

The girls said they did not get enough support in dealing with these issues.

Despite the rise of young female campaigners such as climate activist Greta Thunberg and Amika George, whose work focuses on period poverty, many girls said they were not being listened to.

They spoke of feeling unheard on issues like Brexit, being bullied for identifying as feminists, and are “worryingly put off politics” by the toxic abuse received by prominent female MPs, the study found.

Plan International UK  is calling on the Government to ensure girls are supported to report street harassment and also to invest in safe spaces for girls, especially in the most deprived areas. They also think teachers needed updated resources to help them deal with the modern-day needs of young girls.

Ms Caldwell said: “If adolescent girls are feeling under-valued, unheard and under-represented in public life, we as a society are letting them down. This simply cannot continue.

“The findings in this report should serve as a wake-up call for all politicians and leaders. Policies at both national and local level are currently not going far enough to tackle inequality, but introducing Gender Champions would make sure girls start to see real change at every level of decision-making.”