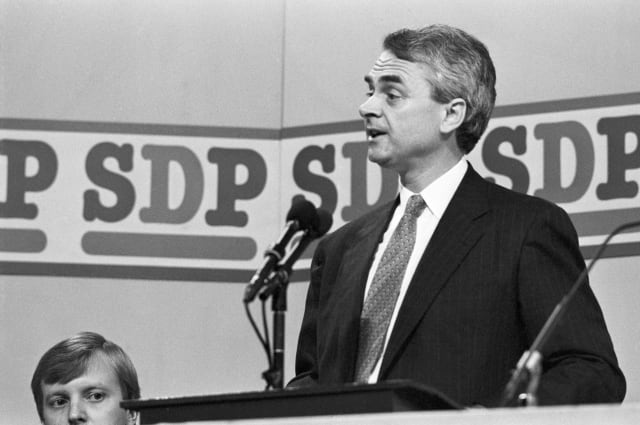 The peer led the SDP in the late 1980s as it carried out negotiations to merge with the Liberal Party.

Acting Leader of the Liberal Democrats Sir Ed Davey said: “It is with great sadness that we learn our friend and colleague Bob Maclennan has died.

“Bob was the kind of politician we all strive to be.

“Considerate, honest and hardworking with an uncanny ability to reach out across the political spectrum to find common ground.

“He was also a great servant, over many decades, to his Highland constituents. A passionate advocate of devolution, he campaigned tirelessly for the creation of the Scottish parliament and wider constitutional reform.

“As Liberal Democrats, we also pay him a huge debt of gratitude. It was his determined leadership and bravery that proved critical in the formation of the movement we know today.

“I personally owe a huge debt to Bob. He advised me through my own career and was a real source of strength and encouragement.

“His love of the arts and his commitment to a fairer society shone through so many of our conversations.

“Bob made our politics and our country better. He will be sadly missed and my thoughts and prayers go out to his family and friends.”

Leader of the Liberal Democrats in the House of Lords, Dick Newby, said: “Bob Maclennan was passionate about Europe, constitutional reform and social justice.

“He saw them all as interconnected and pursued them with energy and determination throughout his political career. I worked with him for almost 40 years and will miss him greatly.”

Lord Maclennan, who was a Labour MP before joining the SDP, was Parliamentary Under-Secretary at the Department of Prices and Consumer Protection in the late 1970s.