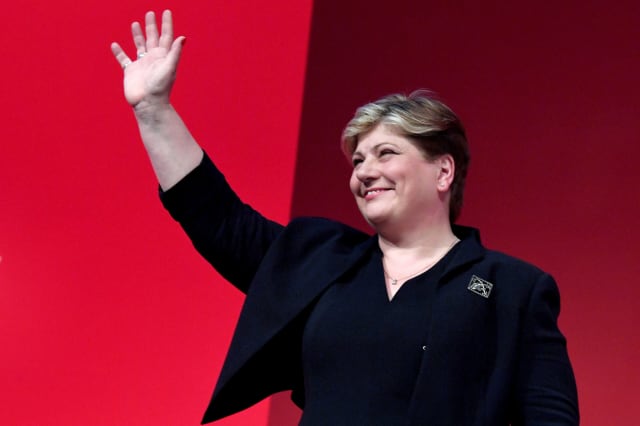 Emily Thornberry will pitch herself as the woman who can stand up and lead the “fightback” against Boris Johnson, as she launches her Labour leadership bid.

The shadow foreign secretary will say the opposition needs someone tough, resilient, experienced and battle-hardened to lead the fight against the Tories.

She will warn that Labour faces “a long, tough road back to power” after the party suffered its worst general election defeat since 1935.

Launching her campaign on Friday afternoon in Guildford, near the council estate where she grew up, Ms Thornberry will say: “In my 42 years as a member of the Labour Party, there is no fight or campaign our movement has waged where I have not been on the frontline.

“And since coming to Parliament 15 years ago, I’ve also been on the frontline in the fights against climate change, Universal Credit, and anti-abortion laws in Northern Ireland.

“I’ve led the charge as shadow foreign secretary against Donald Trump and the war in Yemen. And in the two years I shadowed Boris Johnson as foreign secretary, I showed him up every time for the lying, reckless charlatan that he is.”

And she will say: “I’m standing to lead our party because I want to be the woman, and I know I can be the woman, who stands up and leads the fightback against Boris Johnson.

“And we’re going to need someone tough, someone resilient, someone experienced and battle-hardened to lead that fight.

“Because we all know this is going to be a long, tough road back to power after the painful and crushing defeat we suffered last month.

“But we must hold on to our hope, and ask ourselves who is best placed to deliver the dream of turning this great mass movement into a great party of government that will change our country, and through our leadership, change the world?

“And as we debate that decision over the coming weeks, we must not make the mistake of defining it as a choice between who will take us to the left, or to the centre or to the right, because the only issue that really matters now is who will take us forward.”

She will also announce her campaign team, which will include former MPs Helen Goodman and Danielle Rowley.

Ms Thornberry narrowly secured enough support from MPs on Monday to allow her to enter the second stage of the Labour leadership race.

She was nominated by 23 MPs – just above the threshold of 22 – to make it through, but faces stiff competition from her rivals Sir Keir Starmer, Rebecca Long-Bailey, Jess Phillips and Lisa Nandy.