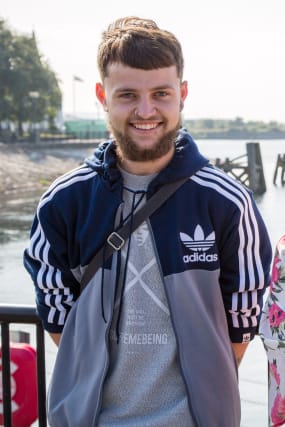 The family of a murdered teenager have criticised the privatisation of probation services after he was beaten to death by a criminal being supervised in the community.

Conner Marshall, 18, was killed at a holiday caravan park after being mistaken for a love rival by David Braddon, who had a history of violence and had been recently convicted of two drugs offences and assaulting a police officer.

On Friday, a coroner criticised the “woefully inadequate” support given to the inexperienced probation worker supervising Braddon, who said she had been left overwhelmed with casework by her bosses.

Assistant Coroner Nadim Bashir concluded the cause of Mr Marshall’s death as unlawful killing, and identified major failings in probation services at the privately-run Wales Community Rehabilitation Company (CRC), including staffing and workloads.

After the hearing, Mr Marshall’s mother Nadine Marshall said in a statement the failings by Wales CRC were a “direct consequence” of the Government’s decision to privatise probation services in 2014.

She said: “Today is the culmination of almost five years of struggle to obtain truth and justice for Conner, and to find out why our much loved son was the victim of a callous unprovoked attack.

“The coroner’s findings have vindicated what we have always known to be true. That the supervision of David Braddon was not robust and the management system of Wales CRC was inadequate.

“This was a direct consequence of the chaos caused by the privatisation of probation services in this country. The coroner identified seven major failures.

“Had these failures not occurred we will never know whether our son Conner would still be here today.”

Deborah Coles, director of Inquest, who represented the family, said: “The Ministry of Justice and those responsible for the Transforming Rehabilitation programme must now take a long hard look at the consequences of their actions.

“The rushed privatisation of an essential service was done in the interests of profit over public safety. Conner’s death is one of many which relates to these catastrophic ‘reforms’.

“The findings of this inquest and others should be considered alongside the voices of bereaved families, and the probation staff who were in the midst of this chaos, to ensure such failures are not repeated.”

Braddon had missed appointments with probation services in the months leading up to the murder, while his probation worker, Kathryn Oakley, was unaware that he had previously been convicted of beating up a partner.

He was being supervised by Ms Oakley at the time he killed Mr Marshall at Trecco Bay Holiday Park in Porthcawl, South Wales, on March 8 2015 after consuming valium, cocaine and alcohol.

Braddon believed Mr Marshall was his ex-girlfriend’s former partner, and attacked him with a metal pole and kicked him in the face and ribs.

After stamping on Mr Marshall’s face and stripping him naked, Braddon realised he had attacked the wrong person after checking his victim with the light on his phone.

Braddon, of Caerphilly, South Wales, fled the scene and was eventually arrested by police in Scotland.

He pleaded guilty to murder and was sentenced to life with a 20-year minimum term.

Mr Marshall died in the University Hospital of Wales, Cardiff, on March 12 2015.