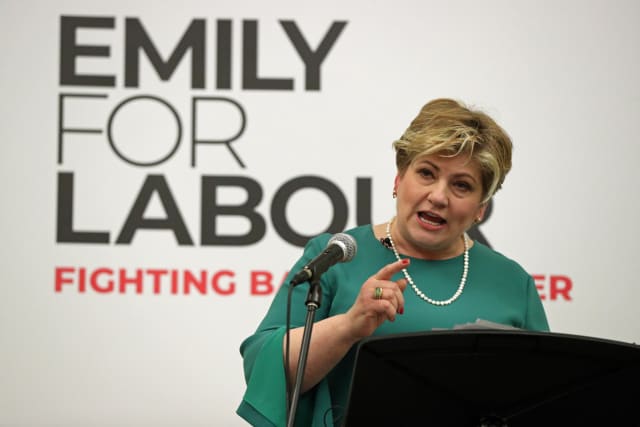 Launching her bid to replace Jeremy Corbyn as leader of the Opposition, Ms Thornberry insisted she was best placed to oust the PM within five years.

She told the PA new agency: “Boris Johnson has all sorts of problems with women.

“And he is going to have an even bigger one if I become leader of the Labour Party.

“I think that he has a problem with women.

“I have spoken to a number of women who have said that the way he deals with them – and they are younger women – is that he flirts with them.

“He makes light of them and he undermines them. He has problems with a women such as myself. He doesn’t know what to do with me.

“I think that he doesn’t know how to relate to women.”

Ms Thornberry insisted Labour can be back in power in the next five years.

She told the PA news agency: “I think that a competent alternative government could get back into power within five years.”