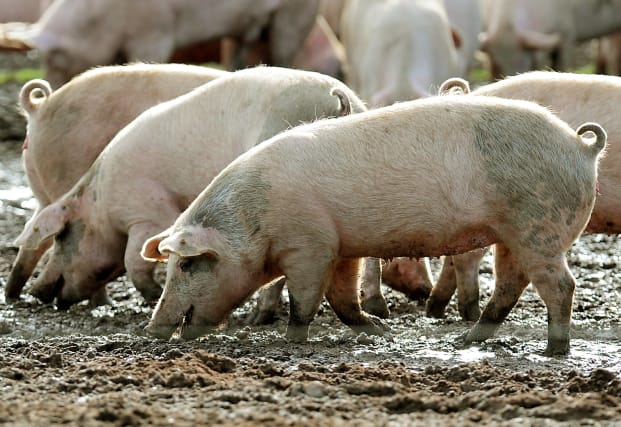 Britain’s booming vegan community did not take a bite out of Cranswick’s sausage as the meat maker said that profit for the financial year will beat market expectations.

The company said that a “robust performance” had continued over the important Christmas period.

It said that revenue continued to grow in each of its four categories, fresh pork, poultry, convenience and gourmet products.

The company said it started to invest more in its pig farms, including an acquisition of Packington Pork Limited late last year.

The business is based in Staffordshire, Nottinghamshire and Lincolnshire.

It comes as Cranswick lines up to grab a slice of the pork market in Asia.

The Far East has been hit by a serious outbreak of African swine fever, leaving a space for British companies to fill the void, Cranswick said.

However, the UK will need to stay free of the deadly virus.

“The UK industry remains on high alert with intensive biosecurity protocols in place,” the business said.

It comes as figures revealed that Chinese pork production had fallen to a 16-year low off the back of a major outbreak in the country.

The outbreak, and a subsequent rise in meat prices, has caused inflation to soar in the world’s largest pork market.

The market update from Cranswick did not reveal its predictions for adjusted profit before tax, but said it would be higher than market expectations.

“Whilst the upgrade is not a surprise, we have flagged the potential since the group’s November interim results, it is very welcome.

“Cranswick is a class act with excellent management, a clear strategy, balanced growth, very well-invested manufacturing facilities and a long-term approach to its supply chain and vertical integration,” they said.