Who are the people behind the Lekoil scandal firm? 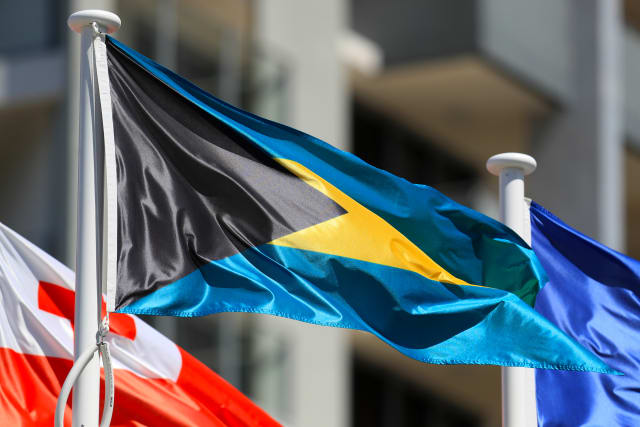 Lekoil, a London-listed Nigerian oil company, said on Monday that it had signed a loan agreement with people masquerading as representatives of Qatar’s sovereign wealth fund.

It said it had paid around 600,000 US dollars (£460,000) “in good faith” to Seawave Invest Ltd, a firm registered in the Bahamas, to introduce it to the Qataris and advise Lekoil on the process. Lekoil later discovered that it had apparently been duped.

Although Seawave Invest Ltd does not name any of its staff members, four men are pictured in several photographs on its website. No names or any kind of context are attached to the pictures.

One photograph is dated July 2017, the other four are from September the same year.

One of the men has been identified by the PA news agency as John Cecil, an Indian businessman and chief executive of Kallo Inc, a medical company. His picture matches an image on the Kallo website.

Kallo is listed on a stock exchange in the US and has a market capitalisation of 13 million US dollars (£10 million). However, on its website, OTC Markets, a stock market which lists Kallo shares, said: “Warning! This company (Kallo) may not be making material information publicly available.”

A filing with the US Securities and Exchange Commission (SEC) from 2017 revealed that Kallo had not made any sales for eight years.

“There is substantial doubt that we can continue as an ongoing business for the next 12 months unless we obtain additional capital to pay our bills. This is because we have generated no revenues from our operations during the last eight years,” the document said.

In the SEC filing, Kallo listed a number of African projects it is involved with, and revealed that Seawave Invest Ltd Bahamas was arranging project financing. It did not reveal which of the projects Seawave was involved in.

Others Kallo said had helped arrange project financing were Nova Capital Global LLC and Grissag AG. On its website Seawave lists Grissag as one of its partners.

Kallo lists two phone numbers on its website, one in Canada and one in the US. PA repeatedly called both, but did not get an answer. The US number was not in service.

There is no indication that Kallo or Mr Cecil were part of the alleged scam against Lekoil.

Next to the man thought to be Kallo chief executive Mr Cecil in the photographs are three other men, none of whom is identified by name.

A bottle of Belaqua-branded water is seen in one photograph. Belaqua is a Ghanaian brand, making it likely the meeting took place in that country.

Bismarck Abrafi is listed on LinkedIn as Seawave’s managing director. He has not responded to an email to his Seawave email address, or to a message on LinkedIn.

Mr Abrafi bears a resemblance to one of the men who met Mr Cecil in the photographs on Seawave’s website, but PA was unable to positively identify him.

According to records on Open Corporates, a Dutchman called Bismarck Abrafi is connected to one other company that is inactive. Nata Petroleum Ltd is a UK-registered company that stopped trading in 2010.

Mahlet Yohannes is listed on LinkedIn as the manager of business development at Seawave. According to her profile, she lives in the United Arab Emirates, studied in Sweden and at the University of Wolverhampton, and speaks English, Swedish and Amharic – the official language of Ethiopia.

Ms Yohannes has not responded to a message on LinkedIn.

According to the profile, she has been Seawave’s manager of business development since January 2016 and held identical titles at Bio-Power SA and Osam Energy Ltd in 2016 and 2017.

Osam, where she started a month before Seawave, according to the LinkedIn profile, is an oil, gas and property company. It lists its address in Accra, Ghana.

A company called Biopower is listed on Seawave’s website as a partner.

Lekoil has launched an investigation into what happened.