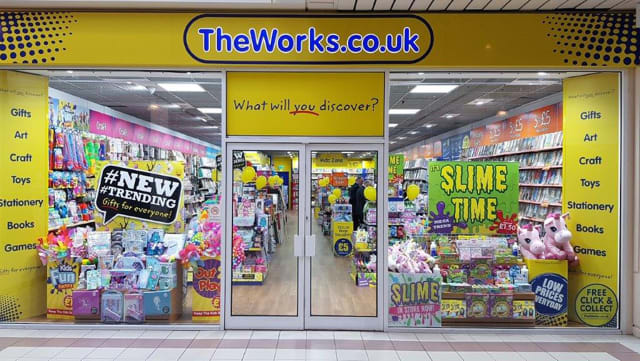 The Works boss Kevin Keaney has stepped down after nearly nine years at the helm just two months after a shock profit warning sent its shares tumbling.

Shares in The Works surged as much as 13% at one stage after news of the changeover at the top and as the group’s Christmas update showed like-for-like sales growth of 1.5% over the crucial trading weeks.

It comes after shares crashed more than 40% in November when the arts and crafts chain alerted over profits for the second time in 2019 due to a 3.6% drop in half-year sales.

The Works confirmed it is scaling back its store opening programme amid the tough retail climate and rising costs, scrapping plans for more outlets over the remainder of its financial year.

Mr Keaney said it was the “right time for me to hand over to a new CEO to lead The Works through its next phase of development”.

He added: “Whilst this has been a very difficult decision, it feels like the right time to take a break, spend time with my family and think about what I want to do next.”

“He has helped establish The Works as a leading multi-channel value retailer, has built a fantastic culture and successfully guided the company through its IPO (initial public offering) in 2018,” Mr Hoyle said.

Interim results on Thursday showed underlying pre-tax losses more than doubling to £8 million in the 26 weeks to October 27 from £4.4 million a year earlier.

While the group said first-half losses reflect the “seasonal nature” of the business, it sales were hit as last year’s so-called mega trends for Squishies waned.

When stripping out the impact of Squishies – squeezable toys for children – half-year like-for-like sales dropped by 1.9%.

Over Christmas, strong demand for Frozen 2 products helped drive record sales, according to the firm.

The group confirmed it saw growth across its stores and online in the 11 weeks to January 12, despite a “difficult consumer backdrop”.

It also comes against tough comparatives from a year earlier, when festive sales lifted 4.5%.

The Works said profits were set to remain in line with the recently lowered expectations.