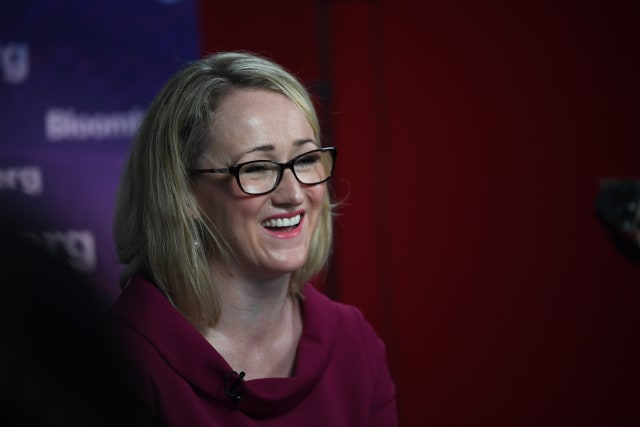 Labour leadership contender Rebecca Long-Bailey has said she disagrees with the law allowing abortion after 24 weeks on the grounds of disability.

The shadow business secretary, a frontrunner in the race, said it was her personal view, not a policy position, while a spokesman clarified she “unequivocally supports a woman’s right to choose”.

Ms Long-Bailey’s team was re-iterating her stance on Thursday after the comments made to representatives of Salford’s Catholic cathedral during the general election campaign surfaced.

The Salford and Eccles MP, who is Catholic, was asked if she would remove “discrimination on grounds of disability” in abortion law.

“It is currently legal to terminate a pregnancy up to full-term on the grounds of disability while the upper limit is 24 weeks if there is no disability,” she replied.

“I personally do not agree with this position and agree with the words of the Disability Rights Commission that ‘the context in which parents choose whether to have a child should be one in which disability and non-disability are valued equally’.”

A spokesman for Ms Long-Bailey criticised the Red Roar website which first reported on the comments the “fake news peddlers” were trying to “propagate a misleading narrative”.

“Rebecca unequivocally supports a woman’s right to choose and has only ever voted in favour of extending the right to abortion, such as in Northern Ireland,” he added.

“Rebecca’s response to the deanery of Salford clarified the existing law and current Labour policy, stating that abortion procedures should be properly regulated, and that women’s reproductive rights and the decriminalisation of abortion should be maintained.”

Her reply was a “reflection” on her agreement with the commission “rather than her view on policy”, he added.

Meanwhile, Ms Long-Bailey received a boost to her campaign on Thursday when she won the endorsement of the Momentum group.

The campaigners vowed to run “hundreds” of phone banks across the country and encourage supporters to use apps to make “hundreds of thousands of calls” to members in support of Ms Long-Bailey.