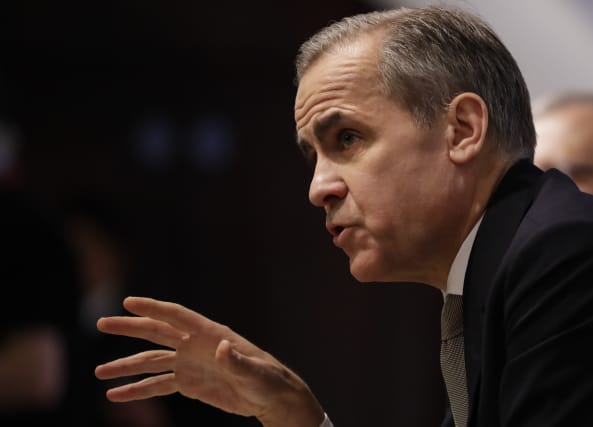 Outgoing Bank of England governor Mark Carney has been given a key role as an adviser to Boris Johnson for major UN climate talks in the UK this year.

The Prime Minister said Mr Carney would be an “invaluable addition” to the team for the COP26 summit, which is being held in Glasgow in November.

Mr Carney’s role as finance adviser for the talks will be to help the UK Government mobilise ambitious action from across the financial system ahead of the talks.

The meeting is being seen as key in increasing countries’ ambitions to cut their greenhouse gas emissions to meet pledges made under the international Paris Agreement to tackle climate change.

Mr Johnson said: “Hosting COP26 in Glasgow will be a golden opportunity for the UK and the global community as we push for as many countries as possible to follow our lead and commit to ending their contribution to climate change by 2050.”

Mr Carney, who recently warned of the threat of climate change to businesses, said: “The combination of these critical meetings and the UK’s global leadership in financial services provides a unique opportunity to address climate change by transforming the financial system.

“To seize it, all financial decisions need to take into account the risks from climate change and the opportunities from the transition to a net zero economy.”

The talks in Glasgow are seen as the most crucial round of UN climate negotiations since the Paris Agreement was agreed in the French capital in 2015.

The deal, which comes into force this year, commits countries to cutting emissions to curb global warming at “well below” 2C and pursue efforts to prevent temperatures rising more than 1.5C above pre-industrial levels.

But on current pledges of national action the world is on course for around 3C of warming by 2100.

The UN’s climate science body, the Intergovernmental Panel on Climate Change, published a report in 2018 which warned of the damaging impacts of temperatures rising above 1.5C.

And it warned that the world would need to cut carbon emissions to “net zero” – so no more is being put into the atmosphere than is being removed – by 2050.

The UK has passed a law committing the country to reducing its greenhouse gas emissions to net zero by mid-century, though advisers have warned it is currently off track to meet its climate goals.