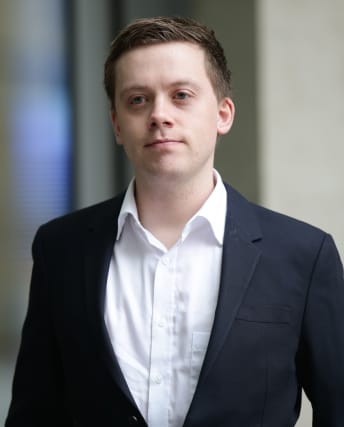 A Chelsea fan admits his face was “crunched up” in anger during a “frenzied” attack on left-wing activist Owen Jones, a court has heard.

But James Healy, 40, denies he was motivated by the Guardian columnist’s sexual orientation or political views during the assault outside the Lexington pub on the Pentonville Road in Islington, north London.

Mr Jones, who is gay and campaigns for LGBT rights, suffered cuts and swelling to his back and head, and was left with bruises down his body in the attack during his birthday night out on August 17.

Healy, who has admitted affray and assault occasioning actual bodily harm, is facing a trial of issue at Snaresbrook Crown Court on Thursday, with Mr Jones expected to give evidence against him.

Prosecutor Philip McGhee said: “It is said, based on the evidence, that the assault was motivated by hostility borne by the defendant towards the victim either due to the victim’s sexual orientation or political views, or both.

“The defendant asserts the only motivation is something that happened between him and the victim inside the public house outside which the assault took place.”

The court heard CCTV footage may show an “altercation” between Jones and Healy before they left the pub.

During legal argument, Healy’s barrister, Matthew Radstone, said: “He accepts he did target him, he accepts his face was crunched up, he accepts using the word f***.

“It is an assault he has pleaded to and a frenzied one at that.”

But the lawyer said prosecutors rely on the opinion of witnesses and items of memorabilia and insignia found in Healy’s home, arguing there is no evidence his client was motivated by homophobia or the victim’s political views.

If the judge, Recorder Anne Studd QC, finds the assault was politically motivated she could still consider it an aggravating factor, although it is not defined as such in law.

The trial of issue, which is not in front of a jury, is expected to last up to two days.

Healy, from, Portsmouth, will be sentenced at a later date along with Charlie Ambrose, 30, from Brighton and Liam Tracey, 34, from Camden, who have previously pleaded guilty to affray over the incident.

Ambrose and Tracey previously both denied a charge of ABH and the charge was left to lie on file, with prosecutors accepting their actions were not motivated by homophobia.