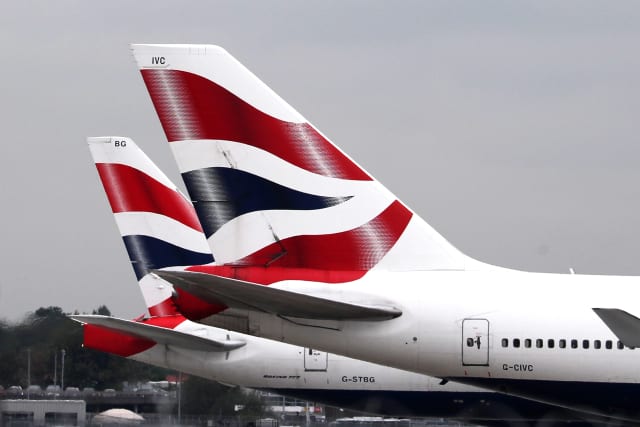 British Airways emits up to 45% more CO2 per passenger compared with rival airlines on identical routes, according to new research.

The flag carrier has the worst carbon emissions performance on four out of six routes analysed for Which? Travel, the magazine said.

British Airways described the inquiry as “shoddy”, claiming the figures are outdated and inaccurate.

But Which? Travel insisted it was standing by the data, which was provided by carbon analytics firm Flyzen.

The investigation found that one passenger flying from Heathrow to Miami with British Airways would be responsible for 1,133kg of carbon, which is almost a third more than the figure of 861kg for the same journey with Virgin Atlantic.

On the Stansted to Palma de Mallorca route, British Airways emits 160kg of CO2 per passenger, which is nearly 50% more than Ryanair, Jet2.com or Tui – which all stand at 109kg.

Which? Travel noted that flag carriers such as British Airways tend to use older fleets of wide-bodied aircraft, which use more fuel.

They also carry more passengers in premium cabins, which results in lower capacities and an increased carbon footprint per person.

The worst case identified by Which? Travel was indirect flights from Heathrow to Singapore, with Cathay Pacific (1,693kg) producing three-quarters more CO2 emissions per passenger than KLM (958kg).

The difference is largely due to Cathay Pacific passengers changing planes in Hong Kong, whereas KLM customers spend two fewer hours in the air by connecting in Amsterdam.

Which? Travel editor Rory Boland said: “These figures show that swapping to a greener airline will allow the many of us concerned about climate change to immediately and significantly reduce our individual carbon footprint.

“If millions of us were to switch to a less polluting airline on our next holiday, it would bring pressure to bear on the worst polluting airlines and force them to prioritise their impact on the environment by introducing more efficient aircraft and cleaner fuels.”

A Panorama investigation broadcast in November last year claimed British Airways emits 18,000 tonnes of additional CO2 annually by fuel-tankering, which involves filling up planes with extra fuel to avoid topping up at airports where prices are higher.

A British Airways spokeswoman said: “The conversation about climate change is too important to be undermined by the for-profit organisation Which? using shoddy research based on data which is several years out of date.

“Which? only looked at 2% of our flights and their paid-for calculations, hidden behind a pay wall, are completely at odds with the figures calculated by the range of airlines they claim to have investigated.

“We are committed to net zero by 2050 and we are open to discussion on our approach to reducing our carbon emissions with anyone who is interested in accurate and robust data.”

The airline began off-setting the carbon emissions from all its domestic flights at the beginning of the year.

It is also investing in sustainable jet fuel and replacing older aircraft.