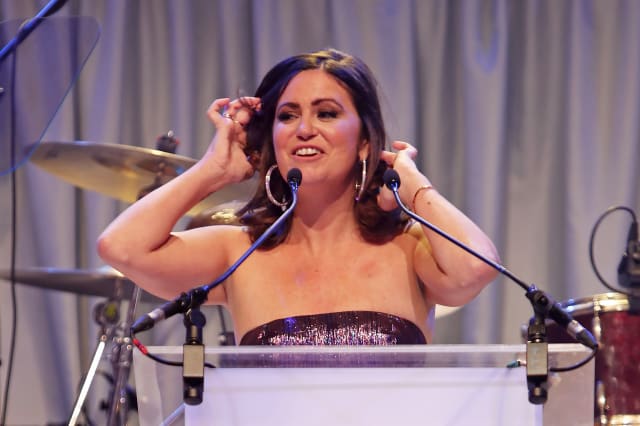 A BBC presenter diagnosed with incurable bowel cancer three years ago has said she is free of the disease.

Deborah James co-hosts Radio 5 Live's You, Me & The Big C podcast and said after intense treatment including surgery, radiotherapy and chemotherapy she and her medical team are "rewriting the text book".

Writing on Instagram, the 38-year-old said: "It's a bit bonkers (and I haven't honestly processed this for a few reasons), but right now, I have no evidence of cancer in my body!!"

Thank you! I’m blown away and humbled by your support and your messages. I feel truly thankful to be able to share the highs and the lows of “living with cancer” with you. : Today this is what being “NED” having (No EVIDENCE of Disease) looks like!”. Ploughing on. Business at usual! Back on treatment - no rest for the wicked and all that. On paper I’m in a great place. In reality I’m scared, waiting for the floor to be whipped, wondering how long it will last. Not wanting to let anyone down. Knowing it will rear it’s ugly head again one day? Surely it will. Statistically it will. I’m using every ounce of will power to get me to treatment (cue panic attack again today!). But I’m hopeful. And grateful. So onwards and upwards, giving thanks. : #cancer #livingwithcancer #whatnext

Former deputy head teacher James told how she once had 15 tumours in her body and said there is an 8% survival rate for patients diagnosed with metastatic bowel cancer after five years.

She described herself as being "beyond happy" but "realistic" and revealed she had "been here once before a few years ago" before the cancer returned six weeks later.

James is still being treated for the disease and being cancer-free is not the same as being cured, because tumours can return.

In a follow-up post, she said she was "blown away and humbled" by messages of support and revealed "I'm scared, waiting for the floor to be whipped, wondering how long it will last".

However, she added: "But I'm hopeful. And grateful. So onwards and upwards."

James started co-presenting You, Me And The Big C with Lauren Mahon and Rachael Bland in 2018 and they earned praise for their frank discussions about cancer.

Bland died in September that year at the age of 40, two years after being diagnosed with breast cancer.