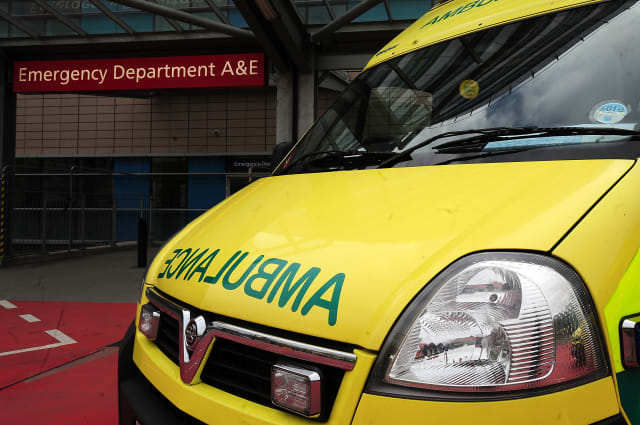 Wales’s health minister has said he is “concerned” about the time it is taking ambulances to hand over patients to A&E departments.

Vaughan Gething said a task force would be set up to improve the ambulance patient handover process, and said “exceptional pressures” on services this winter had contributed to delays.

Mr Gething told Assembly Members in a statement: “I am concerned about the deterioration in ambulance patient handover performance over recent months.

“As an immediate step, I have asked officials to develop proposals for a system of incentives to achieve desired improvements.

“I expect to take a decision within the next couple of weeks to enable the new system to be introduced in time to impact on performance this winter.”

He said: “Winter is always a challenging time for us, but this year in particular has seen exceptional pressures across the system, which is frustrating not just for patients but also for our staff.

“An increase in demand and in the number of hours spent handing over patients at hospitals has meant that some patients have waited an unacceptable amount of time for our help.

“Improvements to our ambulance service cannot be made in isolation; it requires system-wide action, which is why the creation of this task force can only be a good thing for our patients and for our people.

“We look forward to hearing more detail in the coming days and weeks, in particular around proposals for a system of incentives for our unscheduled care partners.”

There is a 15-minute quality target for how long ambulances should be waiting outside hospitals to hand over patients, with the 513 patients delayed in this way in November 2019 representing the highest number since March 2016.

Mr Gething said the Welsh Ambulance Service experienced a 23% increase in the number of “red” calls when compared with last winter, and an 8.4% increase in “amber” calls.

He said emergency departments saw an 8.4% increase in attendances for over-75s compared with last year and an 8.6% increase on five years ago.