One confirmed dead after two men stabbed in Leamington Spa 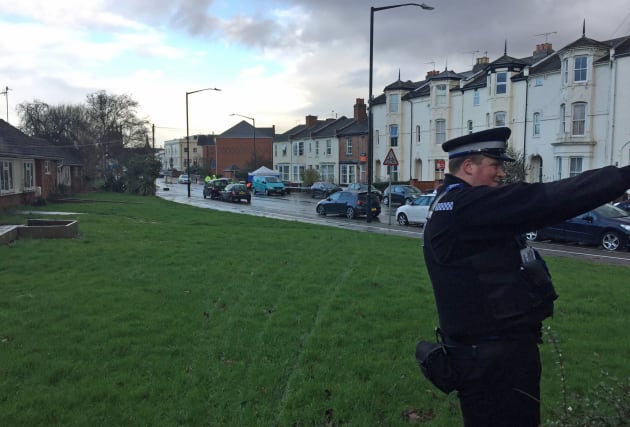 A man has been confirmed dead and another seriously injured after a double stabbing.

Warwickshire Police said they responded to reports of two men being stabbed in Tachbrook Road in Leamington Spa on Wednesday.

West Midlands Ambulance Service (WMAS) said they were called to the incident at 10.58am and found both men with serious injuries.

Two ambulances, a paramedic officer and an air ambulance crew all attended the scene.

One man was pronounced dead at the scene and the other was taken to a hospital’s major trauma centre.

A spokeswoman for WMAS said: “West Midlands Ambulance Service was called to reports of a stabbing involving two people on Tachbrook Road in Leamington Spa at 10.58am this morning.

“Two ambulances, a paramedic officer and the Warwickshire and Northamptonshire Air Ambulance attended the scene.

“Despite the best efforts of ambulance staff, one man was sadly confirmed deceased on scene.

“A second man received advanced trauma care from ambulance staff before being taken by land ambulance on blue lights to a major trauma centre for further emergency care.”

At the scene, an extensive police cordon had been set up while investigators’ activity appeared to focus on a large blue forensics tent on the road, near the junction with Gas Street.

Locals said the area was popular with student lets and the tent itself was outside a row of terraced properties, some with To Let boards outside.

Meanwhile, the road remains closed while investigations are continuing at the scene.

Police were also checking CCTV at a nearby shop.

Local resident Shauna Reilly walks her children to nursery via Tachbrook Road and said the route was shut by police after the stabbing.

“It’s very worrying, things like this have happened too many times recently,” the 29-year-old, who works from home, told the PA news agency.

“Scares the hell out of me. Hate my children being around all this horrible stuff.”

Another resident, who declined to be named, said the area seemed to be quiet but that the latest events had left him feeling “scared”.