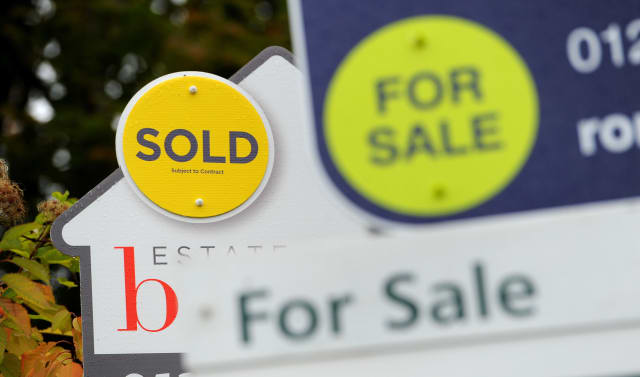 The property market has been given a lift by the general election result, according to surveyors.

The number of house sales taking place across the UK has increased for the first time in seven months, the Royal Institution of Chartered Surveyors (Rics) report for December 2019 said.

Agreed sales in London and East Anglia in particular saw an improvement, although sales reportedly weakened in Northern Ireland and Scotland.

Inquiries from buyers are also now generally on the up, after previously falling back in November, the report found.

Property professionals in Wales and the North East of England in particular reported solid growth in interest from house-hunters.

Buyer inquiries also increased in London and the South East of England, marking a noticeable turnaround from the negative results in November, the report said.

Property professionals’ expectations for house sales in the year ahead have seen a big improvement, the Rics found.

An overall net balance of 66% expect sales will increase rather than decrease over the year ahead, up from 35% the previous month.

The strongest net balances were returned in Wales and the South West, although all regions are showing strong improvement, Rics said.

Official figures released this week showed that house prices surged by 7.8% annually in Wales in November 2019.

Rics said house price growth across the UK was generally flat in December 2019 – but a net balance of 61% of surveyors expect prices to increase over the 12 months ahead.

Chief economist Simon Rubinsohn said: “The signals from the latest Rics survey provides further evidence that the housing market is seeing some benefit from the greater clarity provided by the decisive election outcome.

“Whether the improvement in sentiment can be sustained remains to be seen given that there is so much work to be done over the course of this year in determining the nature of the eventual Brexit deal.

“However, the sales expectations indicators clearly point to the prospect of a more upbeat trend in transactions emerging with potential purchasers being more comfortable in following through on initial inquiries.”