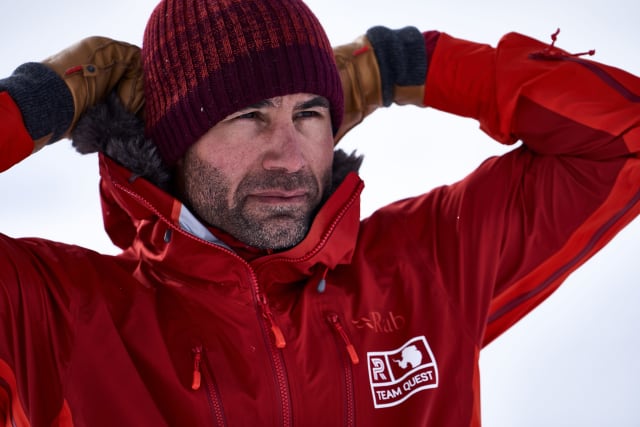 A former Welsh international rugby player-turned-adventurer has beaten his own British record after skiing to the South Pole.

On Wednesday he broke his own British record for skiing solo, unassisted and unsupported to the South Pole of 29 days, 19 hours and 24 minutes, which he set in 2014.

The former flanker for Pontypridd, Celtic Warriors, Dragons and Leeds Tykes has skied more miles solo, unsupported and unassisted in Antarctica than any other person in history.

Mr Parks, from Newport in Wales, set off on December 17 at 11.23am British time, and had been eking out the original 25 days’ worth of food he carried with him.

He has climbed from sea level to an altitude of more than 2,800m, roughly twice the height of Ben Nevis.

Mr Parks, who retired from rugby in 2009, originally set out to challenge Norwegian Christian Eide’s world record of 24 days, one hour and 13 minutes.

In 2011, he became the first person to climb the highest mountain on each of the seven continents and stand on the North and South Pole in the same calendar year, a feat recognised by Guinness World Records.