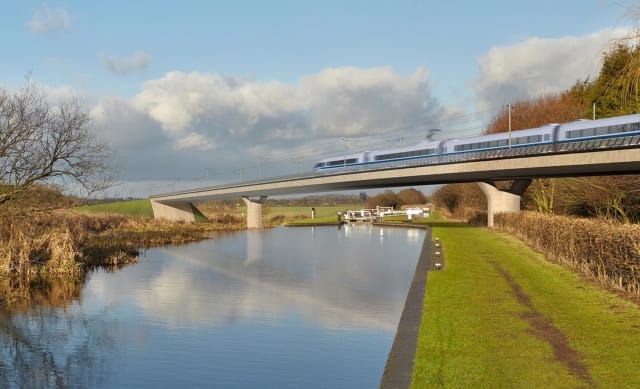 The Wildlife Trusts has claimed the HS2 high-speed rail project will destroy and divide “huge swathes” of “irreplaceable” natural habitats, including 108 ancient woodlands.

The organisation said its new report – which uses data from 14 Wildlife Trusts affected by the plans – is the “most comprehensive” assessment of the environmental damage that HS2 could cause.

The HS2 project, which is estimated to cost £88 billion overall, aims to provide a high-speed rail service linking London and northern England.

But according to the trusts’ new report, the current proposals will risk the loss of, or significantly impact:

The trust said “rarities” such as the dingy skipper butterfly could also be made extinct locally, while barn owls and endangered wildlife such as white-clawed crayfish could be impacted.

Nikki Williams, The Wildlife Trusts’ director of campaigns and policy, said: “The figures are grim and the reality is worse.

“HS2 will destroy precious carbon-capturing habitats if it’s allowed to continue in its current form. It will damage the very ecosystems that provide a natural solution to the climate emergency.”

She said HS2 Ltd’s proposed mitigation for the environmental impact was “inadequate”, labelling the measures they have already suggested as “amateurish” and in “the wrong place”.

The Wildlife Trusts said if the project was to go ahead, a “new” and “greener” approach was needed.

It has now called on the Government to “stop and rethink” the project.

Hilary McGrady, director general of National Trust, said: “As Europe’s largest project of its kind, HS2 Ltd has a vital responsibility to lead by example and get this right by delivering a net gain for nature.

“We recognise that designing the railway is a long process but plans for HS2 must not end up cutting corners at the expense of the environment.”

HS2 Ltd said it will deliver a railway that “respects” the natural environment through the creation of a “green corridor” along the route.

According to the company’s website, nine square kilometres (3.4 square miles) of new woodlands – made up of seven million trees and shrubs – will be created. It claims the figure is more than double the amount affected by the project.

A further four square kilometres (1.5 square miles) of wildlife habitat will be established along the route.