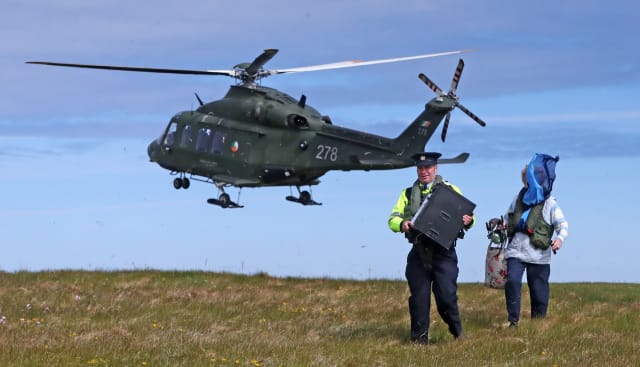 Ireland’s premier will travel to see the country’s president later on Tuesday to ask for the dissolution of the Dail parliament ahead of a General Election next month.

Leo Varadkar’s visit to see Michael D Higgins at his resident at Aras an Uachtarain in Dublin will formally mark the start of the election campaign, with Ireland expected to go to the polls on February 8.

It is understood the Taoiseach confirmed the election date to cabinet colleagues at a meeting in Government Buildings in Dublin on Tuesday morning.

Mr Varadkar’s minority Fine Gael-led administration had been facing potential defeat in a vote of no confidence in Health Minister Simon Harris in the first week of next month.

That prospect will now be averted with the calling of the election.

Mr Varadkar’s personal preference was for a poll in the early summer but changing arithmetic in the Dail meant he could no longer guarantee a majority on key votes.

The dissolution of the 32nd Dail will end the historic confidence and supply deal between the state’s two main parties, Fine Gael and Fianna Fail.

The landmark pact between two parties founded from opposing sides of Ireland’s Civil War of the 1920s was struck in the wake of the inconclusive 2016 general election.

The arrangement, along with the support of several independent TDs, had keep Mr Varadkar’s administration in power ever since.

The election is widely predicted to hang on two major issues, health and housing, as the state continues to battle its worst ever housing crisis and hospital overcrowding reached record-breaking levels last year.

There are also concerns that thousands of people may not be registered to vote in the election, as a new register for 2020 will not become valid until February 15. The register is currently only in draft status.