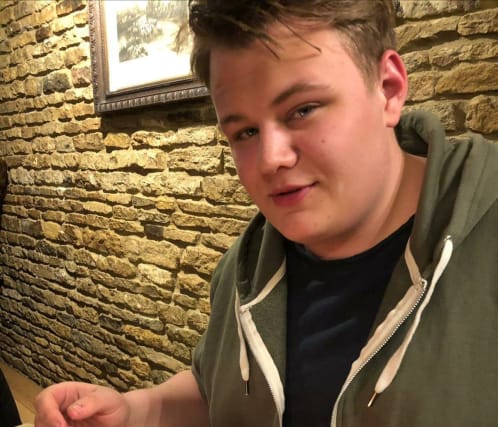 The family of Harry Dunn have received a boost after the Northamptonshire Police chief said the force would take part in their legal claim contesting the diplomatic immunity granted to his alleged killer.

Chief Constable Nick Adderley told the PA news agency he supported a request for his force to join the judicial review of the immunity that was granted to the suspect in the teenager’s road crash death in August last year.

And he added that the force would not seek to retrieve its costs from the family even if the legal claim was unsuccessful.

The family’s spokesman Radd Seiger previously said the case could cost the family upwards of £50,000 if it is appealed by the Foreign Office and ends up in the Supreme Court.

Mr Dunn died after his motorbike crashed into a car outside RAF Croughton in Northamptonshire on August 27 last year.

Anne Sacoolas, 42, the wife of a US intelligence official, claimed diplomatic immunity after the collision and was able to return to her home country, sparking an international controversy.

The claim against the Foreign and Commonwealth Office (FCO) issued on behalf of Mr Dunn’s parents – Mr Dunn and Charlotte Charles – alleged the granting of diplomatic immunity to Mrs Sacoolas was “wrong in law”.

They requested the Foreign Office withdraw advice provided to Northamptonshire Police surrounding the granting of diplomatic immunity to the suspect.

The family have said they are concerned Mr Raab was “pressured by the United States to interpret the law in a way which allowed her to escape justice”, a claim the FCO said was “entirely without foundation”.

The Home Office submitted an extradition request for Mrs Sacoolas on Friday after she was charged with causing the 19-year-old’s death by dangerous driving.

Earlier on Tuesday, Prime Minister Boris Johnson said it was “right that we made the appeal for extradition” but also told BBC Breakfast that sending Mrs Sacoolas back to face justice was “not what (the US) do”.

The US State Department has said the extradition request for Mrs Sacoolas is highly inappropriate and would be an abuse.

Reacting to Mr Johnson’s comments from Denver in the US, the spokesman for the Dunn family, Radd Seiger, told the PA news agency: “I do not know what is in the Prime Minister’s mind in making those comments because the parents and I have not yet had the opportunity to sit down and talk with him but we expect to do so within the next few days.

“Certainly, if he is basing those comments on what is currently emanating from Washington he may well be right.

“However, the extradition request has now been delivered and therefore the legal process has commenced – Mr Johnson’s officials have been working extremely hard over the last few months to prepare a thorough and diligent case.”