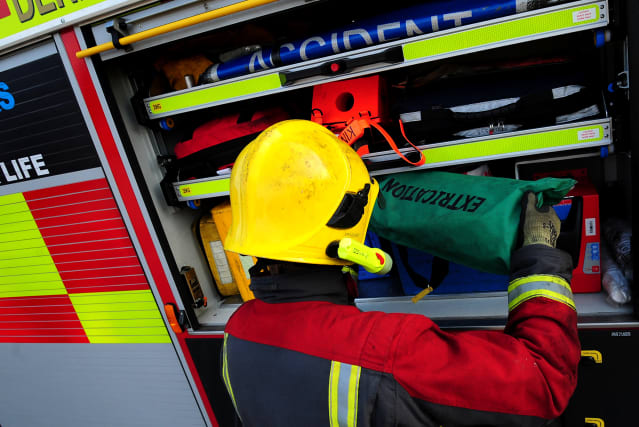 About 40 firefighters are tackling a “severe” blaze at a restaurant in Birmingham which has seen one person rescued from a first floor window.

West Midlands Fire Service said it was called to reports of a blaze at the African Village restaurant on Birchfield Road in Perry Barr shortly before 4pm on Tuesday.

Firefighters used a ladder to rescue one man from a first floor window of the premises, while another person managed to escape unaided, a fire service spokesman said.

Eight fire engines were sent to the scene to tackle the blaze, which had spread to about 80% of the building as of 4.50pm, the fire service spokesman said.

“They [firefighters at the scene] are describing it as a severe fire within a restaurant and bar premises,” a West Midlands Fire Service spokesman told the PA news agency.

West Midlands Police said on Twitter that Birchfield Road and Wellington Road had been closed due to the blaze.