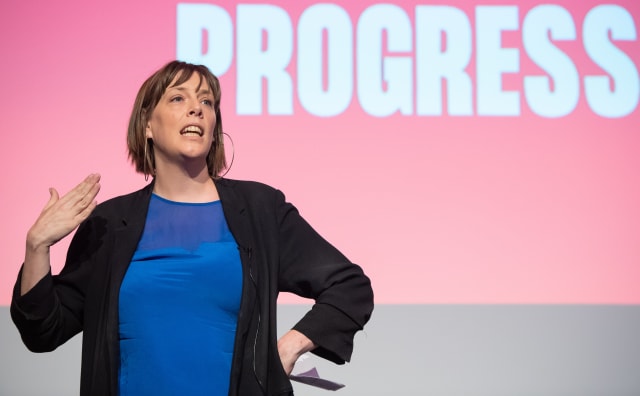 Labour leadership candidate Jess Phillips has called for a change in the party’s culture after a member claimed he was subjected to anti-Semitic abuse at a local meeting.

Ms Phillips responded after Alex Holmes, vice-chairman of the party’s Ilford South branch in east London, tweeted about a meeting he described as the worst he had ever attended.

Mr Holmes said he and another member were called “agents of a foreign power” after speaking against a motion attacking the Board of Deputies of British Jews.

The organisation has published “10 pledges” it said would end Labour’s problems with anti-Semitism, which were signed by leadership candidates including Rebecca Long-Bailey and Sir Keir Starmer.

“The proposers used multiple anti-Semitic tropes to make their point that the Board of Deputies is a ‘Tory organisation’ ‘illegally interfering in the Labour leadership contest,” Mr Holmes tweeted of the meeting.

“Racists of any kind have no place anywhere near the Labour party, nor any other mainstream political party.”

Human rights barrister Adam Wagner shared Mr Holmes’ posts, calling them “an example of how difficult it will be for any new leader to dislodge the antisemitic culture from Labour”.

Ms Phillips responded: “Today I will seek to speak to Alex about what happened.

“Adam is right, this will not be easily solved but we must change culture that accepts without shame and embarrassment calling Jewish orgs, Jewish people and their allies ‘agents of a foreign power’. It’s racism.”

Following Mr Holmes’ tweets, the Board of Deputies responded: “We are profoundly saddened to see yet another example of the hatred which has infested parts of Labour.

“Our sympathies are with those decent, upstanding members of the party who are determined to fight such insidious bigotry.”

The Labour Party has not yet responded to a request for comment by the PA news agency.

Ms Phillips is one of five candidates through to the second round of the race to replace Jeremy Corbyn as leader of the Labour Party.

On Monday she told LBC she was “quite tempted” to quit Labour over its handling of allegations of anti-Semitism.

The Birmingham Yardley MP said she “wobbled the most” when she saw a BBC Panorama investigation which claimed senior figures in the party had interfered in anti-Semitism investigations.