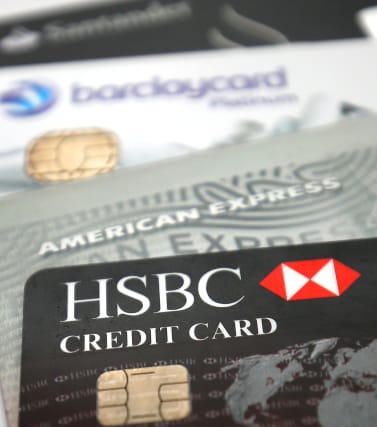 Customers will no longer be able to use credit cards to place bets after the gambling regulator introduced a new clampdown on the industry.

Firms face “tough enforcement action” from the Gambling Commission once the ban is introduced on April 14, as the Government seeks to address the issue of problem gambling.

Campaigners have welcomed the move, which will affect all gambling except lotteries where payment is made face to face, but warned it is only the first step.

The Betting and Gaming Council (BGC), which represents the industry, said members “will go further to study and improve the early identification of those at risk”.

But the announcement was met with pessimism from investors, as gambling firms saw their shares slide in reaction when the markets opened on Tuesday.

“The ban that we have announced today should minimise the risks of harm to consumers from gambling with money they do not have.”

Mr McArthur said the ban needed to be backed by other action, while SNP MP Ronnie Cowan, who has spoken out about the gambling industry previously, added: “This is welcomed but we mustn’t take our eyes off the prize and that’s a completely new gambling act.”

The Government has come under pressure to introduce bans for the use of credit cards over the past two years, with the regulator’s own data showing that more than 165,000 customers made £46 million worth of credit card deposits in February last year.

The announcement is the latest blow to gambling businesses, after the Government introduced a crackdown on fixed-odds betting terminals (FOBTs), which saw the maximum stake for bets cut from £100 to £2.

Tracey Crouch, who resigned as sports minister in 2018 over the Government’s delayed introduction of the new FOBT limits, said: “It was clear in my own dealings with those who suffered from gambling addiction that debt accumulated from credit could lead to overwhelming problems.

“This is a positive step forward in ensuring that those who are at risk from problem gambling have the right safeguards in place.”

Recovering gambler Nick Phillips, 44, from Swansea, told the PA news agency the ban was only a “small step” in tackling the problem.

He said:  “It’s a welcome development, but it’s long overdue.

“It’s a small step, because credit card use is just the tip of the iceberg.

“If you have got a credit card with a lot of money on, you can still draw the money out.

“Gamblers will always find a way around obstacles like that, so it’s still not enough.”

The Bishop of St Albans, Dr Alan Smith, who put forward a motion on reducing the maximum stake on FOBTs at the Church of England’s General Synod in 2017, said: “This marks a significant step in progressive policy-making, reducing the risks to gamblers.

“However, this is no more than a tweak to gambling legislation and regulation.

“Fundamental reform is needed if we are to ever make significant progress for the hundreds of thousands affected by gambling-related harm.”

“We need to build on this momentum and introduce a formal levy on the industry to raise money for more and better treatment services.”

Marc Etches, chief executive of GambleAware, said: “It is essential that every effort is made to protect those who may be at risk of experiencing gambling harm, so we welcome the decision by the Gambling Commission.”

The regulator said the ban would form part of firms’ licence conditions, meaning that any breach could be met with a warning, suspension or revocation of that permit, or an unlimited fine.

However, consideration would be given to any negligence by the company before any penalty was meted out.

Culture minister Helen Whately said: “There is clear evidence of harm from consumers betting with money they do not have, so it is absolutely right that we act decisively to protect them.”

The announcement comes amid a period of increased scrutiny on the gambling sector, which has seen criticism in recent weeks over its close relationship with professional sport.

The sport’s governing body faced pressure over its deal with Bet365 which allows people to watch live matches if they create accounts with the gambling firm.