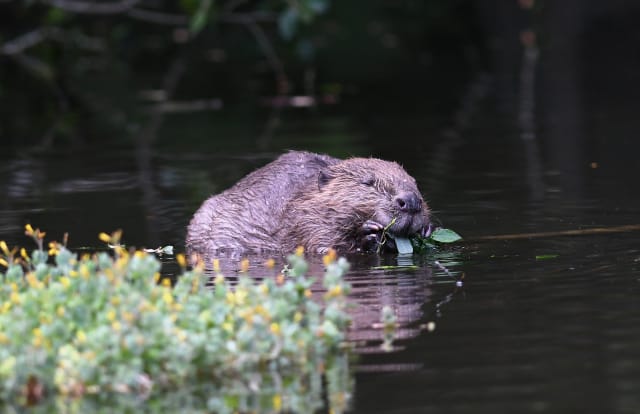 Beavers are to be reintroduced to an enclosed site in Cumbria in what will be the first return of the long-extinct species to the north-west of England.

The semi-aquatic mammals, which were hunted to extinction in the 16th century, will be introduced in a scheme on the Lowther Estate in the Eden Valley, in a trial that will look at how they fare in an upland environment.

The project at Lowther is the first reintroduction of beavers into north-west England, although there have been a number of projects to bring them back into enclosures in other parts of the country.

Beavers have also returned to the wild in Scotland, and are living free on the River Otter in England’s only official trial in the wild of the Labrador-sized animals which engineer the landscape to create dams, pools and wetlands.

Conservationists support the return of beavers to Britain’s rivers for the benefits they can provide in preventing flooding, by damming streams and slowing the flow of water, as well as boosting water quality and other wildlife.

The trial on the Lowther Estate, which has been granted a licence to proceed by the Government, will examine how beavers can restore small modified streams in a farmed landscape.

The Lowther Estate is part of the Cumbria Beaver Group, which also includes Cumbria Wildlife Trust, the RSPB and Eden Rivers Trust and which is working with other organisations and local people to facilitate the managed return of beavers to the area.

A family of beavers, with an adult male and female and up to four kits, will be taken from the Tay catchment in Scotland where beavers have been living wild since escaping or being illegally released some years ago.

The plan is to release them in March into a 27-acre fenced enclosure of woodland, grassland and wetland which the scheme’s backers hope the animals will help transform into an even richer habitat.

Lowther’s conservation manager, Jim Bliss, said: “The project is part our the wider vision for the estate.

“Lowther Estate has gone through a period of conventional farming in recent decades and we’re now looking towards a wild land farming scheme and beavers feed into that.

It is part of changes to a more sustainable farming system on the estate, which also includes a switch from sheep to livestock including native longhorn cattle, which spend the winter outside and can be used for conservation grazing.

It is hoped the beavers will deliver benefits such as carbon storage, flood mitigation and an increase in wildlife, and provide evidence that if a full-scale release into the wild got the go-ahead it would create positive change.

David Harpley, chairman of Cumbria Beaver Group and conservation manager at Cumbria Wildlife Trust, said the trial would help provide evidence of the impact beavers could have in the upland landscape.

“It’s a new location, new habitat types, we’re getting into the fringes of the uplands here, so it’s slightly different to what’s been done already.”

He pointed to the benefits of beavers that other trials around Britain had revealed.

“Not only do you have flood alleviation benefits, you have improved water quality, increased invertebrate production, increased numbers of frogs and other amphibians. It all seems strongly positive,” he said.

The group is also looking into the feasibility of setting up a camera to live-stream beaver activity once they have been released, so people can watch the animals from their laptop or phone.