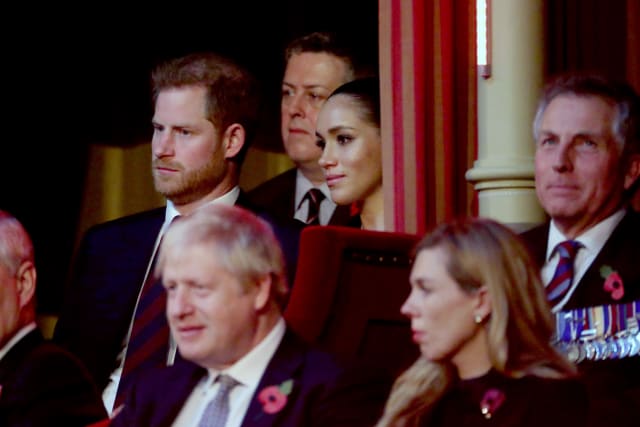 Boris Johnson has said he is “absolutely confident” the royal family can resolve the crisis around the Duke and Duchess of Sussex’s future roles after his Canadian counterpart said much needs to be discussed about their move to his country.

The Prime Minister’s comments came after the Queen gave her backing to Harry and Meghan’s wish to step back from frontline royal duties, become financially independent and live part of the year in Canada.

Mr Johnson told BBC Breakfast: “My view on this is very straightforward: I am a massive fan, like most of our viewers, of the Queen and the royal family as a fantastic asset for our country.

“I’m absolutely confident that they are going to sort this out.”

He went on to say: “But they are going to sort it out much more easily without a running commentary from politicians.”

After a Sandringham summit on Monday, the Queen issued a statement which sanctioned Harry and Meghan’s new “independent life” away from full-time royal duties and she said they would begin a transition period living in the UK and Canada.

The statement was the Queen’s first public comments since Meghan and Harry released their bombshell statement last week and the head of state also expressed her regret at the Sussexes’ wish to step back as senior royals.

But she said her family “respect and understand” their wishes for more independence while still remaining a “valued part” of the monarchy.

The move has raised questions over the costs of the couple’s security during their time in North America and who would foot the bill.

Canada’s prime minister Justin Trudeau was asked during an interview with Global News on Monday whether Canadian taxpayers would have to pay.

He replied: “That is part of the reflection that needs to be had and there are discussions going on.

“We’re not entirely sure what the final decisions will be, what the dispositions are and those are decisions for them.

“I think most Canadians are very supportive of having royals be here, but how that looks and what kind of costs are involved, there are still lots of discussions to have.”

Harry and Meghan spent six weeks over the festive period based in the Canadian province of British Columbia staying at an exclusive property on Vancouver Island.

The duchess, a former actress, lived and worked in Toronto during her time starring in the popular US drama Suits, and knows the country well having lived there for seven years.

Mr Trudeau said the federal Canadian government had not been involved “up until this point” about what the couple’s move to the country will involve.

He added: “There are still a lot of decisions to be taken by the royal family, by the Sussexes themselves, as to what level of engagement they choose to have.

“We are obviously supportive of their reflections but have responsibilities in that as well.”

The Sussexes enjoyed a “general feeling of appreciation” in Canada, he added.