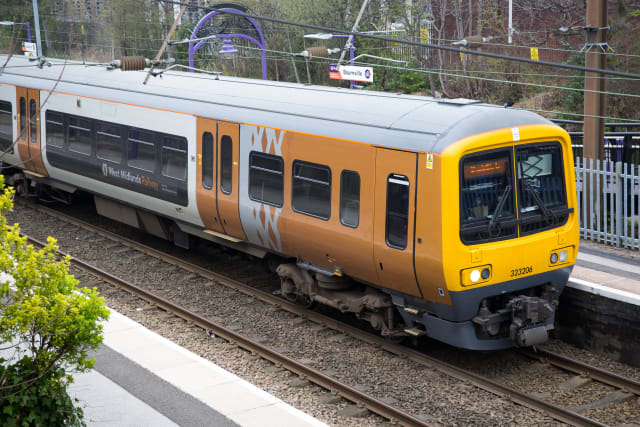 West Midlands Trains (WMT) has replaced its managing director amid growing concern over the performance of its services, the company has announced.

Jan Chaudhry-van der Velde has been succeeded by Julian Edwards, who has been a director at the firm since 2017.

The pair will work together until Easter “to ensure a smooth transition”, the operator said in a statement.

He will demand that it is stripped of its franchise unless services improve by the end of January.

Responding to the appointment of Mr Edwards, the mayor said “a change in management does not change my ultimatum”, adding: “Eighteen days to go.”

WMT runs London Northwestern Railway and West Midlands Railway services, which have deteriorated since May as timetable changes to introduce more trains have worsened the impact of disruption.

Another timetable change in December failed to improve performance in the short term.

Office of Rail and Road figures show 44.8% of WMT services arrived at stations within one minute of the timetable between October 13 and November 9, compared with the average across Britain of 59.3%.

Mr Edwards said: “This is an exciting time to be joining WMT as passengers will start to see the benefits of our £1 billion investment programme.

“The last six months has been very difficult for West Midlands Trains.

“I would like to thank Jan for addressing many of the issues, including settling the dispute with the RMT, delivering a 3% discount for season ticket holders, introducing more rolling stock in December and the recent timetable changes that are already making a positive impact on train performance.

“There is still much to do.”